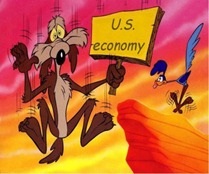 I’m beginning to worry about Barack Obama as President. There was no other way to begin this piece than to just get that out there. After all, there is no easy way of easing into that statement without alienating and offending a few supporters.

Yet, I do believe it is something that it is a thought that is often tip-toed around because of what President Obama means to this nation: hope. A change after eight years of futility under President Bush. However, because of that hope, President Obama has seemed to be given a certain amount of equity, a longer allowance of rope, than President Bush was ever given.

With that said, I’m not here to lead a full-on revolt against President Obama’s policies, leadership, values, or ideas for this nation. I’m not affiliated with any party. No blue stripes. No red stripes. At the same time, I will admit, I’m not gun-ho on politics. I am aware of what is going on, however, I do not fall into debating about the “politics of politics”, per say. I’ve always believed politics is not professional baseball. It is impossible to judge on a daily basis. However, for those, who since January 20th, 2009, have been hoping for his failure – shame on you. Your utter defiance represents your willingness to claim a political “I told you so” rather than improve this nation.

With all that said, as President Obama’s crosses the quarter mark on his term, there is indeed a body of work to review. And in review, President Obama has done a lot of terrific things. As for international relations, President Obama has help assure, and reconcile many relationships hurt over the past. Despite the silly controversies such as him bowing to Chinese leadership, which is as simple as a cultural thing rather than a sign of inferiority, President Obama has begun to restore a healthy vision of the United States by the rest of the world.

Here on the home front, President Obama has also engaged in many fronts in attempting to restore the nation. From climate control, energy emissions, the national economy, health care, home defense, and our two wars on terror, his plate has been quite full.

However, it seems President Obama has gone about the priorities of these issues all wrong.

The biggest issue that faces this nation heading into the presidential election was indeed the economy. A year later, and it is almost a safe argument that it is still the economy.

President Obama has pushed the issue of universal healthcare since February. And while it is true that a great percentage of our nation is uninsured when it comes to health care, it is not the priority. In fact, when the issue of health care reform, and employment benefits are on the table, they do not appeal to a nation that is currently out of work, struggling to keep their homes, and attempting to stay afloat.

After all, “I just lost my home, but luckily, I am covered if I get hurt!”

All sarcasm aside, it seemed rather inverse in importance, and it still does. With a healthy economy and sound job market, the issue of healthcare can be taken care off when most Americans have the opportunity to choose and select the type of health care they would prefer.

Also, what happened to bringing the troops home? I never believed either Presidential candidate would actually follow through on such a plan, but wasn’t that key to the Obama campaign?

I’m sure the solutions to these issues may be on the horizon, but the current situation worries me. OK, I’ll be honest, it scares me. I never expected President Obama to be a miracle worker, however, I did not expect things to continue on this path – in the wrong direction – for this long.

I can be patient. I can be supportive. And I will continue to employ both in regards to President Obama’s current presidency.

However, after a year of seeing other issues moved ahead of the issue, I am worried. And yes, I am scared.