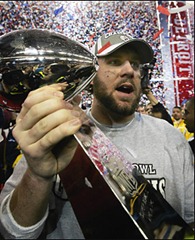 It never ceases to amaze me the way successful athletes throw away a career. Over the past couple of years we have seen various ways, from peculiar to downright idiotic, that athletes have put themselves in a position to throw away a life’s worth of hard work, and a God-given talent available to so few.

The latest issue has been the allegations and controversy surrounding that of “Big” Ben Roethlisberger. Whether you are a football fan or not, the news coverage surrounding the case has been immense, as well as the details of what allegedly happened that night.

While Roethlisberger has not legally been charged for sexual assault, there are many other undertones and side stories that continue to hover over this situation. As the days played out, I have purposely refrained from commenting on the situation to allow the details, and quite possibly, the truth, to fall out. Nothing as of yet. However, there is one thing we can all conclude from the situation,  this is a rare occasion where the athlete might not have been legally charged or convicted, but his governing league knows, and has substantial evidence that he is.

The National Football League, which is often very diligent in its discipline (even more so under Goodell) has indeed suspending the two-time winning Super Bowl quarterback. While many question Goodell and the NFL’s ability to suspend Roethlisberger based on the legal proceedings, this is one of several sexual assault cases that have been steered the Steelers star’s way.

And while many may argue that until proven guilty, Roethlisberger should be allowed on a football field, one must take into several considerations why these sexual assault cases never pass several stages – the absence of valid witnesses. In order to prove any sexual assault case, valid witnesses must be available to testify what occurred. In this case, no one from Roethlisberger's camp will talk, and no one else in that bar that night will either in fear of being the person to bring down an NFL star. It’s a sad situation, but that is the reality of the situation.

However, luckily for Roethlisberger, this isn’t as bad as it could’ve been. There is no doubt that he has been reckless in handling his career off the field. It almost strikes other chords to think of a near 30 year-old superstar celebrity scowling college town bars for 21 year old girls. It’s evident of his lack of maturity. 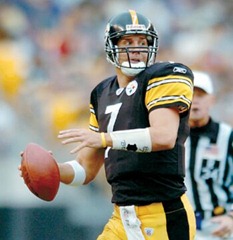 "I hardly ever went in a club -- ever -- in 14 years in Pittsburgh. Count 'em on one  hand. I was petrified of the problems you can get into. And I almost got into -- it's there, believe me.

"There's nothing greater if you're single than to walk into a bar with beautiful women, and have them just fill your ego up. And you ask yourself, 'Would they pay any attention to you if you weren't, you know, who you are?' Of course not. Because I'm not that attractive, and neither is Ben. So it's nice that you can do that (Bradshaw flicks his arm, mimicking throwing a football).

"But he's got to be careful. Stay out -- I don't want to give him any advice, because he's not going to pay attention to me. He's got an image problem right now. Best thing to do is don't ever put yourself in that position again. When you're through playing football, do whatever you want to do, but right now, stay clean. Stay out of trouble. Stay out of bars. Keep yourself clean."

Bradshaw continued on, and further explained Roethlisberger’s lack of maturity:

"Our relationship is not any good. When I told him to park the motorcycle, he got pissed. Alright? Then he had the accident. And since then, there's, you know ... he doesn't like me, and I'm learning not to like him."

Ben Roethlisberger is immensely talented. He has rings and many highlight reels to prove it. Being traded should be the least of his worries. He has already been lucky enough to dodge what could have been several career ending occurrences (including his motorcycle accident that nearly took his life).

For if he doesn’t get it it now, he never will.