First Time Ever (In a lifetime), Jets Are Soarin’ 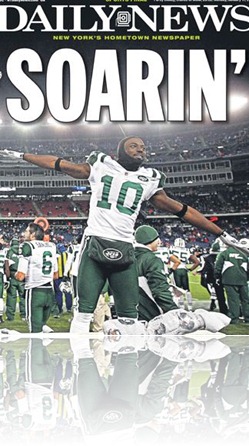 Such is the headline for tomorrow’s NY Daily News after tonight's 28-21 win over the New England Patriots. As tweeted, tonight’s win is the biggest win for the New York Jets I have ever witnessed in my lifetime. And while that may sound a bit far fetched, let’s remember there hasn’t been many “big wins” at all in the history of this franchise. Not only is it exciting to once again get back to the AFC Championship where we are now one win away from the super Bowl, but defeating the New England Patriots as well as silencing Boston and all of New England is especially sweet for this New Yorker. Here is hoping that this post won’t just become a mere memorial for yours truly to look back on, but just one of a few headlines that will make the DP marking a great, and possible, historic season.

Also, below is a video of Jets linebacker, Bart Scott, who expressed a specific type of emotion that describes the feelings of all Jets’ fans who have not only dealt with their own demons with SOJ (Same Old Jets), but the media and haters who have done everything but hand over the Lombardi trophy this week to the Patriots.

In the words of Bart Scott regarding next week’s game in Pittsburgh, “Can’t Wait”. 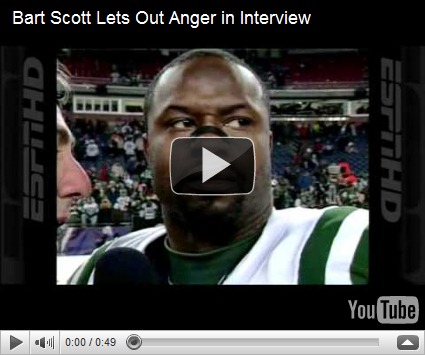