January 19, 2011
What motivates you? What inspires you? There are a variety of things that pushes us to aspire for greatness, to reach for more, or to just downright get off our couch and get something done. Regardless of whether the goal is tangible or a status of well being, over the years there have been various ways individuals have motivated themselves to want more and to do better. One of those ways have always been through rhetoric. Whether for athletic, political, or social reasons, the art of speech has inspired human beings for generations. In the following Pondering 10, I will rank my favorite inspirational speeches that always – always – get me going.

10. Joe Clark, Lean On Me - “We don’t want a new principal, we want Mr. Clark!” Sorry, that really had nothing to do with the speech, I just love that line from the movie. Nonetheless, the film, based on the true story of Eastside High School in New Jersey, has a great moment when unorthodox Principal, Joe Clark, addresses the students before their basic skills test. A motivating speech for those who have been “written off by the state”, if you get Clark’s drift. 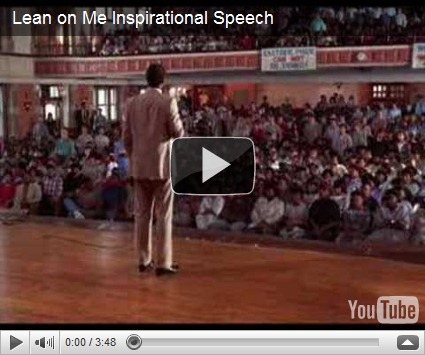 9. Coach Herman Boone, Remember The Titans – Football movies for some reason always seem to have these speeches. Why? I have no idea. And be warned, there are more to come on this list. However, as for Boone’s speech, how powerful is the line, “take a lesson from the dead, if we too don’t come together on this hollowed ground, we too will be destroyed”? 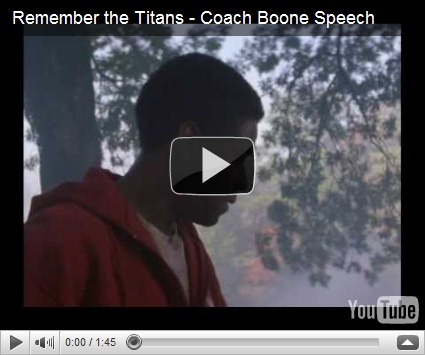 8. Friday Night Lights Pilot Episode – I’ve admitted this several times throughout the years here on the DP – I am  Friday night Lights junkie. I love the book. I love the movie. And I love the television show. With that said, this scene on the pilot episode of the TV show where fictional star quarterback, Jason Street, becomes paralyzed touches base on adversity as well as the fight within in times of despair. 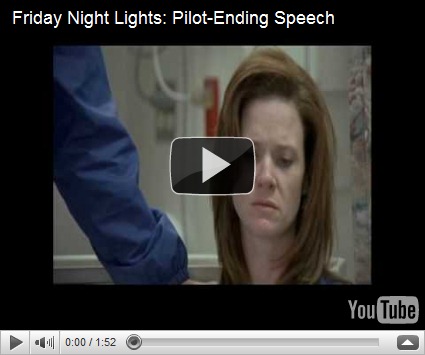 7. Lou Gehrig, Farewell Speech – Any man that is dying, knows it, and has the ability to stand before a sold out stadium, and the rest of the world and begin by stating “he is the luckiest man on the face of the earth” is inspiring stuff. 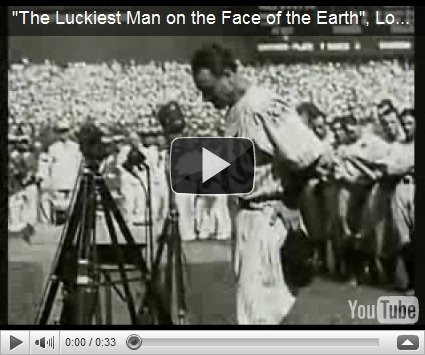 6. Tony D’Amato (Al Pacino), Any Given Sunday – Man, I love this! Not sure what, or how else to describe this speech. I know it’s a movie, but that speech always makes me feel like I could run through a brick wall. Awesome stuff. 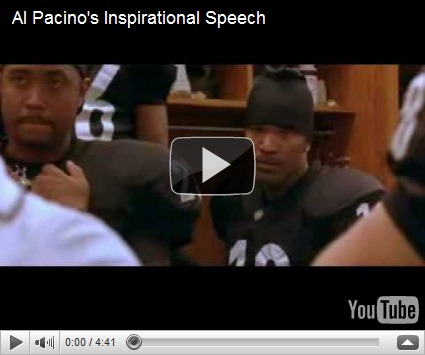 5. President Barack Obama, Acceptance Speech – Most presidential acceptance speech are full of political clichés and other honky dory things that make those who aren’t political fanatics listen as if it is a chore. He is the new president, I’ll just listen because I have to. However, President Obama’s acceptance speech, which was amazing rhetoric, along with the historic moment of this nation’s first President of color, is one that will always be inspiring for years to come. A speech that is evident, that anything can happen. 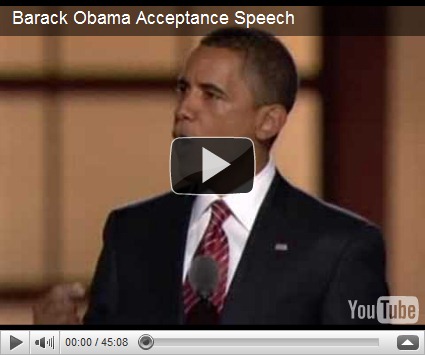 4. Jim Valvano, 1993 ESPY Speech “Never Give Up” – Very similar to Gehrig’s Speech, Valvano delivered a very heart felt speech that was humorous, inspiring, sad, uplifting, and motivational. Another individual who knew death was coming, yet stared in it’s face, and delivered a simple message, never give up. 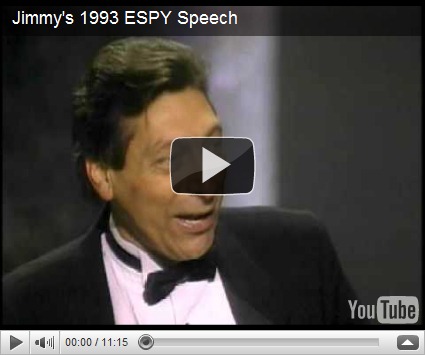 3. Herb Brooks, Miracle – I’m no hockey guru, but if this is what the real Herb Brooks delivered, I’m pretty sure he can get anyone motivated for about absolutely anything. A great pre-game speech that gets the juices going, and even gives you some goose bumps. 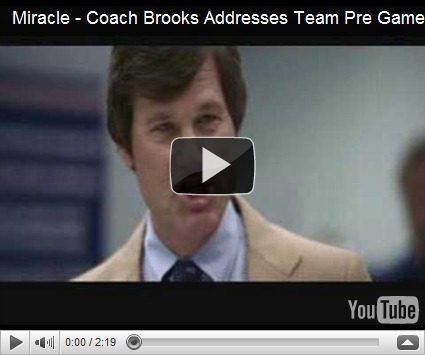 2. Coach Gary Gaines, Friday Night Lights – Be Perfect. What a great line, and an even better speech. A speech that goes beyond the scope of football and athletics, but usable for life. A line that I use as a philosophy in life (I told you I was crazy about FNL). Nonetheless, a great piece of rhetoric that motivates on the idea of your responsibility to others. 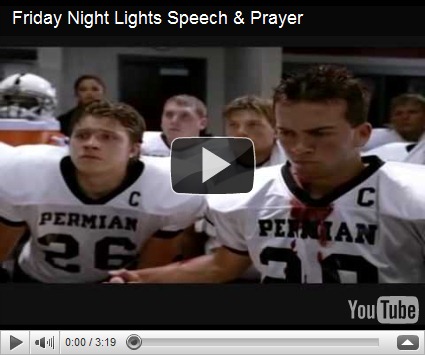 1. Reverend Dr. Martin Luther King Jr., “I have a Dream” – Dr. King has always been one of the few people on earth that I have admired whole heartedly. And while I love all of his speeches and articles he has ever made or written, Dr. King’s “I Have a Dream” speech, obviously his most famous, is one that is inspiring, motivating, and life changing. The speech not only touches on the God fearing individual he was, but his ability through charisma, knowledge, faith, and humility to deliver a message so powerful it will stand the test of time until such a vision and dream is a reality. 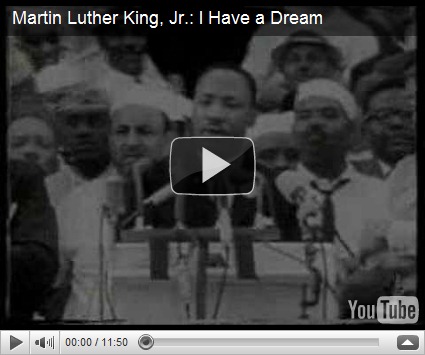