“Love Me Back” is Exactly How Music Fans Feel 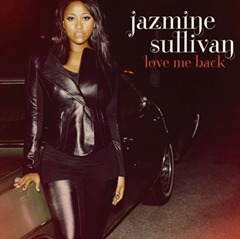 It is safe to say that over the last couple of years, there hasn’t been a lot of music that truly speaks to me the way music used to. If you’re a DP devotee, you are well aware that I feel that music isn’t the way it once was. Not that it is entirely bad, because there is still plenty of great talent and music out there, however, it seems there is too much “bad stuff” out there. So much that it almost drowns out the good stuff. Bad stuff that is out in the mainstream that influences other bad stuff. Just my honest opinion. Feel free to disagree.

And while I have been especially critical lately of hip hop in general, there is one person, more so an album, that has really forced not just me, but many to take notice – Jazmine Sullivan’s Love Me Back Album.

I’ve always enjoyed Sullivan’s work, dating back to her debut album, Fearless. Although, it went under the radar by most, the potential of Sullivan was noticed. Her ability to sing and write, a rarity in today’s industry, was one that many knew would be followed up on in her next album. In fact, she was named Billboard’s Rising Star for 2010.

And with Love Me Back, she proved Billboard’s selection to be a good decision.

Love Me Back sports 11 tracks including her hit singles, Holding You Dow (Goin’ In Circles) and 10 Seconds, including a personal favorite, Luv Back. The album, with all tracks in some way written by Sullivan, offers R&B in a true and real way it rarely is presented today. A great album without any valleys, tracks one-through-eleven type of solid.

Unfortunately, just when Sullivan’s talent garners the respect it deserves (along with comparisons to the great Lauryn Hill), she announces via twitter early 2011, that she will be taking time off from the music industry due to personal reasons. Jazmine stated the following:

i'm making an official announcement that i am taking a break from music. i'm trying to figure out who i am... w/out a mic, paper or pen. i promised myself when it wasn't fun anymore i wouldn't do it. and here i am. i'm not saying i won't ever sing again in my life becuz i dont believe that. but in this moment... rt now... i got some things to figure out. i love u all and appreciate u soooooo much. u have no idea how much u've inspired me and fed my ego. but the truth is that i have to believe in me whether you all do or not. and thats what i'm lookin for. that belief in myself. me. I. i love us. thanks for being here for me and riding with me on this journey. let us continue.

While, it is a shame that Sullivan is taking time off, Love Me Back is the kind of album that gives music fans the hope that there is still art left in the music industry.