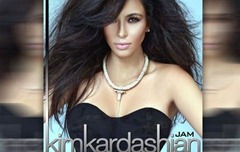 What the heck is this?
Thus, was my initial reaction after listening to Kim Kardashian’s latest single, “Jam”. The song, leaked today, reeks of auto-tune, something I’ve touched on in the past that will eventually be the downfall of pure music as we know it (Auto-tune.Lyrics. Quality: The Falling Standards of Music). The song, sung by Kardashian, of course, and shockingly produced by hit-maker, The Dream, cannot be describe in any other way than simply, awful. There is no other way to put it, to sugar coat it, or even to find anything nice other than to say, at least she tried.

What continues to baffle me is the opportunity that is there for anyone with connections to jump into the music industry. After all, let me throw it out there before it becomes the five hundred pound gorilla in the room, I have no idea why Kim Kardashian is popular? Why is America so enamored with the entire family and their reality show? I’ll admit it, I will never – ever – understand that.


Nonetheless, her foray into music already seems like a failed one. And definitely a forced one. Jam is utterly simple, boring, and lifeless. The song pretty much lends itself to depending on auto-tune, with very little vibe and soul, and lyrics that make your ears want to run inside your head if possible. LL Cool J once said in “Momma Said Knock You Out” (a classic), when I drop these lyrics, that’ll make you call the cops.” Well, about two decades later, who knew LL would be describing Kim Kardashian’s song, but in the literal sense?

On the floor I cant stand still
And im goin to work like im paying my bills (bills)
My whole clicks on the floor (the floor)
We gon party, then party some more (some more)
Rozay up in the air
Feeling good, feeling great, just got paid

Of course, this is before the outro of the song where Kardashian says, “I run music”.
I hate to be critical (and even draw attention to this awful excuse for music), but once again, what the heck is this? 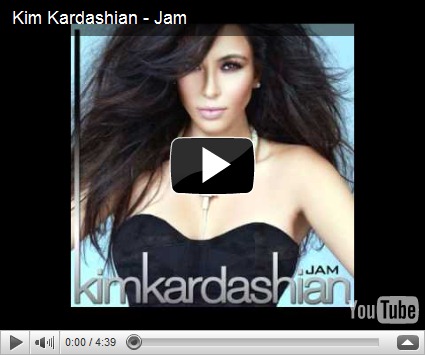 What the heck is this?


Seriously, I’ve touched the surface in the past on where music is headed, and how the entire industry seems to be settling for image over quality. Well after this release, this proves it to be true. In fact, the Ke$has, Cee Lo Greens, T-Pains and Wiz Khalifas of the world that I’ve shaken my head at, don’t seem all that terrible now.


How did The Dream ever agree to have his name associated with this track?

And if so, what kind of favor did he owe Kim Kardashian?


Isn’t there some charity or organization that could've benefited from the insane amount of money wasted on creating “Jam”?


One more time, what the heck is this?


During a time where we laugh at those that chase their dream on American Idol, and even cut some really talented ones as the season progresses, the music industry produces a single by someone that couldn’t even be saved by the grace of auto-tune.


And while the song has been heavily criticized after it’s leak, there is a part of me that believes that somehow, someway, this song cracks the billboard 100.

Ah, what the heck.