What Vinnie Mac Wouldn't Do 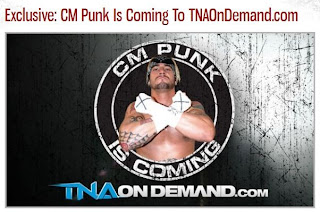 "The difference between WWF and WCW, was that WCW didn't have Vince McMahon"
- Bret Hart

Bret Hart's statement is one throughout the history of the wrestling business which has yet to be proven false. As the WWE machine continues to move forward, growing into the current massive empire (such as debuting the WWE network next year) which all fans knew it would (and most pro-wrestling haters deny), there has yet to be a company, or person for that fact, that can prove Hart's statement false. Is Vince McMahon the be-all end-all in the wrestling business? Absolutely not. However, there is no one in the industry that has competed against, or has accomplished more in the pro wrestling business than Vinnie Mac has.

Sure, WCW had its run on top of the world, but was unable to sustain it's success by doing the necessary diligence needed to maintain and grow. And ECW? Well, as cult-like and revolutionary as it was, it was a mere cup of coffee in the grand scheme of things.

Which brings me to TNA, or shall I say, Impact Wrestling.

Impact Wrestling, although only nine years old, has had a growth that is unparalleled in the wrestling business. Heck, in any business!

However, just like WCW, sometimes there is a wonder if Impact Wrestling will ever grow beyond where it currently is. Would it ever reach its true potential?

And the reason? Because they do not have Vince McMahon.

Today, with all of the craze in the wrestling industry around CM Punk, Impact Wrestling decided to attempt to get in on the action by posting a headline on their website and Facebook page promoting CM Punk's matches in the company.


Smart move? Some may say, "Sure, why not ride the train while it is hot?" However, others, like myself are responding in unison, "What are you doing?!"

I understand CM Punk is a hot commodity. I understand he is the biggest thing going today, especially after this past Monday. However, this makes absolutely zero sense in the long run.

Why promote another company's star? Why force people to remember that the hottest thing going is indeed part of the competition?

And most importantly, why add to the reputation of Impact suffering from an inferiority complex? WWE rarely, if ever, worries about what other companies and promotions are doing. The time, effort, and of course, money, it costs Impact Wrestling to promote CM Punk's few TNA matches - why not put forth that effort and expense towards some of your own stars. How about promoting some of your younger talent? Crimson? Gunner? Or how about the guys that have been there from the company's inception - Roode? Storm? Kazarian?

It is moves like this that often worry me about the future of Impact Wrestling, and whether this special company is destined for greatness, or if the bubble has already popped.

Because promoting another company's hot ticket...yeah, that's something Vince McMahon would never, ever, do. And like history, that may just be all that is needed to explain it.