June 10, 2012
Happy Birthday to you, Happy Birthday to you, Happy Birthday dear TNA Wrestliiiiiiiiing...Happy Birthday to you! Yes, TNA Wrestling will be celebrating it's tenth year of existence today in the form of it's anniversary show, Slammiversary. As a fan of TNA since the very first show, a quality that even TNA founder, Jeff Jarrett found impressive when we had our encounter in the Men's bathroom of a minor-league baseball stadium (quite funny story you can read here), I almost feel as part of the company as it grows. From taping (yes on VHS!) the weekly pay-per-views in Nashville to watching Impact on Fox Sports on Fridays in college, to finally now watching the program in prime-time on Spike, TNA has given this long-time fan many memories to come away with the over the last ten years. With that said, let's use this Pondering 10 to look at the top ten moments in TNA History. 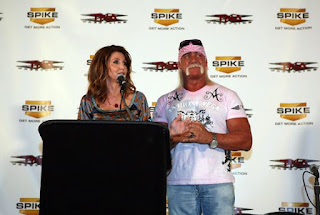 10. Hogan Announcement - I know, some of you are surprised by this. However, as much as I have my issues with Hogan, he seems to have finally given back to the business that made him. I'm starting to warm up up to him - slightly. Nonetheless, the Hogan announcement at Madison Square Garden, a location that is WWE exclusive, was huge as TNA dropped a bombshell that the industry's biggest draw in history had joined their company.


9. Christian Cage Debut - At this point, Christian was the biggest name to jump from the WWE to TNA. Over the year, Christian went on to elevate the company, and also prove to everyone that he was indeed main event material. Although he returned back to the WWE, he is still one of the greatest to ever grace a TNA ring.

8. James Storm World Title Win - Simply a joyous moment for one of the true TNA originals. As a fan of the company, you could not be any happier for him, and could feel the excitement through his celebration.

7. Kurt Angle Moonsault - This was just crazy! And as crazy as it was and is a highlight often seen, the match between Angle and Anderson was a great one as well. 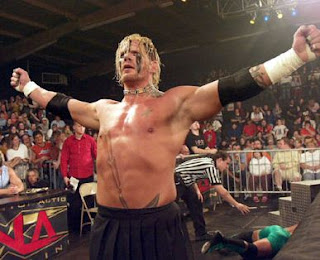 6. Raven's Debut - This moment was a big deal during this time in TNA history as it was the first top name that was able to rival that of Jeff Jarret. 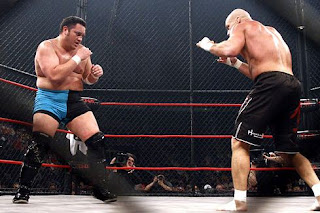 5. Kurt Angle vs. Samoa Joe - This Lockdown main event had an intense buildup surrounding one of TNA's greatest rivalries of all-time. The match it self was superb, and the outcome finally saw Samoa Joe capture TNA gold as the top dog in the company.

4. Elix Skipper Cage Tight Rope - I think the video says it all. 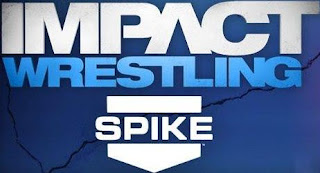 3. Spike Announcement of Impact Moving to Two Hours - After years of continuing to spread the word and build the brand, TNA finally received the green light from Spike TV to move to two hours. The move ultimately meant that TNA had arrived on a international stage, and had programming to continue to build of the company.

2. Unbreakable 2005 - Best. Match. Ever. Period. Nothing has topped this match in the ten year history of the company. AJ Styles, Samoa Joe, and Christopher Daniels delivered the goods as the only time the X-Division title was the main event of a pay-per-view. Joe/Daniels/Styles Part II wasn't too bad either.

1. Kurt Angle Announcement and Debut - Signing the best wrestler in the world at the time is definitely a big deal. Being a growing company five years in and doing so - a huge deal! Honestly, it still seems surreal that Kurt Angle, the Kurt Angle signed with TNA and has been apart of this epic growth.

And yes, that debut when he headbutted the then undefeated Samoa Joe - awesome!