Turning My Back On Brooklyn? 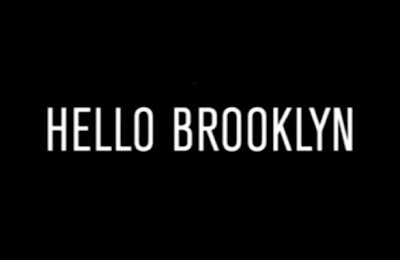 That's usually a common phrase that yours truly loves to hear. It brings sweet joy to my heart whenever it is heard. Heck, whenever I am leave the borough and re-enter it, and I see that "Welcome to Brooklyn" sign followed by the phrase "How Sweet it is" or "fughgeddaboutit, I still get revved up!

For those of you new to the DP, yes, yours truly is from Brooklyn. I was born in Brooklyn, raised in Brooklyn, currently lives in Brooklyn, and considers Brooklyn to be the greatest place on earth.

However, with such a strong love comes a cultural and personal inner conflict that has arrived in the form of the newly renamed Brooklyn Nets and the soon-to-be freshly minted Barclay's Center in downtown Brooklyn.

I'm a Knick Fan, through and through. I bleed orange and blue, and I pretty much take on the misery and disappointment it takes to be a true Knicks fan. After years of having the Nets be the annoying little brother in the Metro area, they are now moving to my backyard. And with that, they now have a new owner, new colors, big hype, and of course, the star power of Jay-Z behind it all.

And with the recent years of futility and controversial stories surrounding my team at Penn Plaza, the fresh start and super hype around the Brooklyn Nets seems rather inviting. For disgruntled Knicks fans. For new basketball fans. For fans with allegiances closer to their borough than their team. And for yes, the fraud-bags.

Nonetheless, after receiving the question more and more frequently now in person and on twitter, this issue needs to be put to rest.

If there is one thing that shall be declared in this post, on this blog, at this time, it is this - I will remain loyal to the New York Knicks.

In no way shape, or form will I root for the Brooklyn Nets.

Well it is this simple. As stated above, I've given way too much, dedicated too many hours, and have agonized much more than a normal person should over a sports team for a lifetime to simply up and change allegiances.

And honestly, I just can't.

It goes against everything I believe being a sports fan is.

I never understood how so-called "fans" have the gall to simply switch on the drop of a dime. Was there no passion or connection there to begin with?

And don't get me started on this, "You have the right to switch within one year of the Nets existence".

Without getting off topic and becoming too negative, I will say I am happy to see the Nets in Brooklyn for several reasons:


1. I love Brooklyn - As stated above, anything to make this borough better, I'm all for it. The Barclays has already transformed the downtown Brooklyn Area further and will help in adding jobs, improving the local economy, and will give this city another venue for shows. An option I'm already looking forward to with WWE's TLC pay-per-view coming in December.

2. Basketball Rivalry - It should be fun. I can only imagine how intense these four games will be every season.

3. Accountability - This is possibly the biggest reason I am excited about the Brooklyn Nets. With the futility and the always interesting moves at Madison Square Garden such as increasing ticket prices and James Dolan always-dubious decision-making, having another option across town will force them to  not take the New York fan base for granted. There is now another show in town, and it is legit competition. If anything else, it will help get the Knicks you-know-what together.

If I were a child, the Brooklyn Nets would have definitely been an option.

And I expect that to be the case for many youngsters, especially when there is a generation that has never seen the Knicks as a legitimate winning franchise.

I'm too far down the road in this love to turn back.

Brooklyn will always be what I am.

However, after years of heartache, and yes, some great moments sprinkled in - when it comes to basketball, Madison Square Garden is where my heart will be.