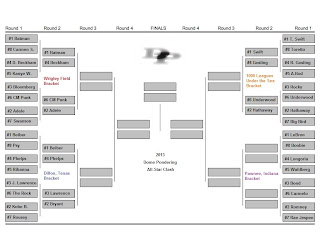 [Reminder: The first round selected topics for the first round: 1. Greatest Accomplishment 2. Most Likely to Lead in a Musical and the Man'ti Teo topic, 3. Least likely to have an Imaginary Girlfriend.] 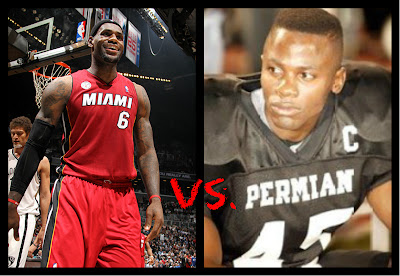 1. Greatest Accomplishment - Unfortunately, this is a lopsided comparison. Boobie never made it, and well LeBron has become quite a big deal. High School football vs. NBA Championship doesn't seem quite comparable. (James 1-0).

2. Most Likely to Lead in a Musical - Boobie had charisma and some flare that was more genuine and real than LeBron. After all, "God made Boobie beautiful!" But in the end, LeBron in anything - anything! - sells. Easy sweep! (James wins 2-0). 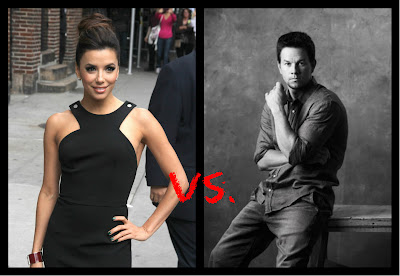 1. Greatest Accomplishment - Stardom from Desperate Housewives vs. Resurrected (and successful) career after a failed music career. Coming back from Marky Mark and the Funky Bunch to being respected as an actor in Hollywood is pretty damn impressive. Everyone has to respect that. (Wahlberg 1-0)

2. Most Likely to lead in a Musical - Both of these talents can lead a musical, however, once again, I'll have to go with Marky Mar...err Mark Wahlberg as being the better draw for a musical. My logical here. Women love musicals. Women love Marky Mar...er Mark Wahlberg. It's academic. Shame too, Eva Longoria is just so beautiful, I'd like to have her move on just because... (Wahlberg wins 2-0). 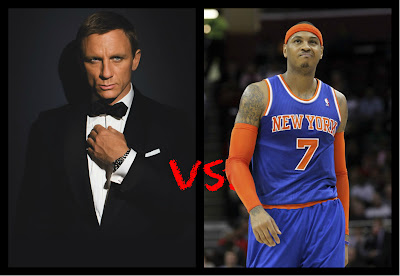 1. Greatest Accomplishment - Unfortunately, Carmelo Anthony's biggest accomplishment is still heralded as winning a national title for Syracuse (Hopefully for this Knicks fan, that changes). You know, all Bond ever does is save the world from terrorist organizations. Not even close. (Bond 1-0)

2. Most Likely to Lead in a Musical - This bracket really has been easy. Bond in a musical? Ha! And we know Carmelo secretly loves attention. (Tied 1-1).

3. Least Likely to have an imaginary girlfriend/boyfriend - While Bond may have some pretty gorgeous women, or "Bond women" as they have come to be known, Carmelo Anthony is married to a pretty beautiful women himself. And there is no making that up. Plus, Bond is in espionage. They always tell a lie or two...or five hundred. (Anthony wins 2-1). 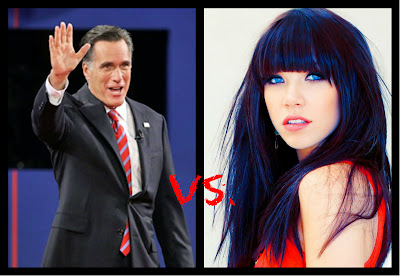 1. Greatest Accomplishment - Governor of Massachusetts vs. Call Me Maybe. Unfortunately, only one of those things will be remembered ten years from now, and sadly it is this...(Jespen 1-0)

2. Most Likely to be in a Musical - Like Bloomberg in another bracket, Romney really lacks in connecting with a crowd in public appearances. As for Carly Rae Jespen, she just fits the musical type if she needed to be. I'm sure she's already been on Glee. Big upset here. (Jespen wins 2-0).