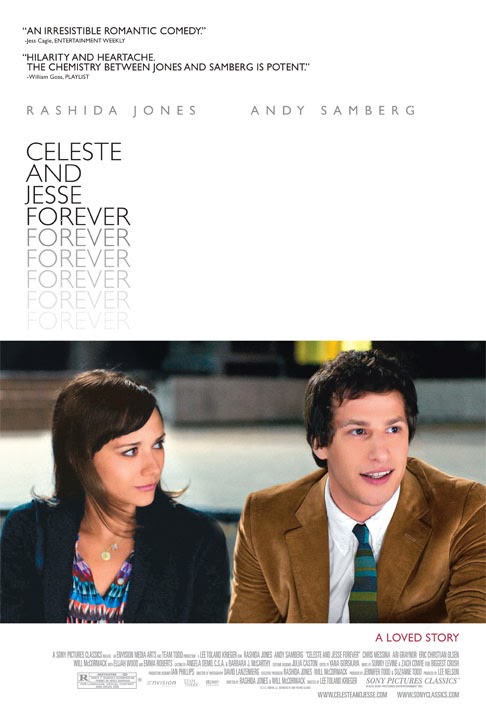 A separated couple struggle with being friends while attempting to move on from their relationship.

After meeting in a bar, the feelings of Celeste and Jesse come to a head in an honest and necessary confrontation.

"You know what your problem is? Contempt before investigation. You think you're smarter than everybody else."

"Do you wanna be right or wanna be happy? Sometimes the end is just the beginning!"

Celeste & Jesse Forever is an interesting film with an even deeper draw line of learning to let go, and also learning that some might be better off as just friends, even though that in itself is hard to do. The film's plot is well-written (kudos to Rashida Jones) and offers several real, genuine, and authentic factors of the Jesse/Celeste relationship.

Rashida Jones is absolutely fantastic in the role of "Celeste". The character of Celeste is intriguing enough to make the film as she is highly confused. Celeste knows what she wants, but is often so consumed in being right and judging others as a "trend forecaster", she forgets to simply let things be. The film raises the question of being happy and being right, and whether both are mutually exclusive or not in a relationship.

Other than a few moments of lewdness that felt like it went for the cheap humor, Celeste & Jesse Forever is a solid, intriguing, film that is well worth checking out.