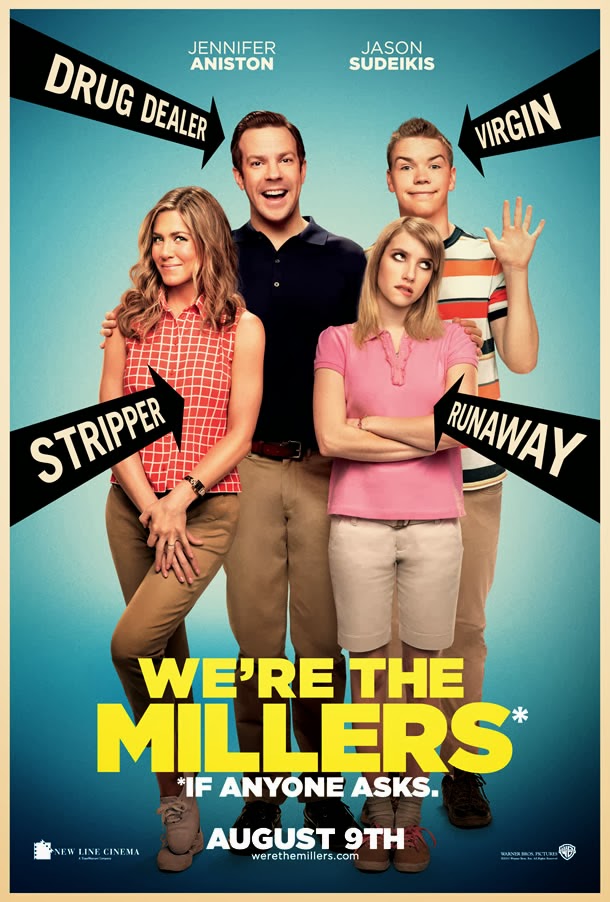 A veteran neighborhood drug dealer creates a fake family of interesting people in his neighborhood to transport a huge shipment of drugs from Mexico into the U.S.

While driving the RV, Kenny is bitten on the testicles by a tarantula that was loose since their trip to Mexico.

"No regrets, really? Not even a single letter?" [In reference to Scotty P.'s neck tattoo which read "No Ragrets"]

We're the Millers is a film that will take you by surprise. From the trailer, one would think that this film is just another cheap attempt at humor and comedy, the kind that relies on over-the-top dialogue and ridiculously graphic nature to get it's point across - you know the kind.

However, We're the Millers is actually genuinely entertaining. The plot is rather simple and elementary, but it is filled with moments and subtle things in the film that are laugh out loud funny. "Baby LeBron" and the several funny moments that include Kenny perfectly describe this film.

Jason Sudeikis is his typical funny self, and Jennifer Aniston was just as solid in her role as Rose in the film.

We're the Millers isn't a masterpiece by any stretch of the imagination, but it is funny, engaging, and overall entertaining. And that's all you can ask from a movie of it's kind.