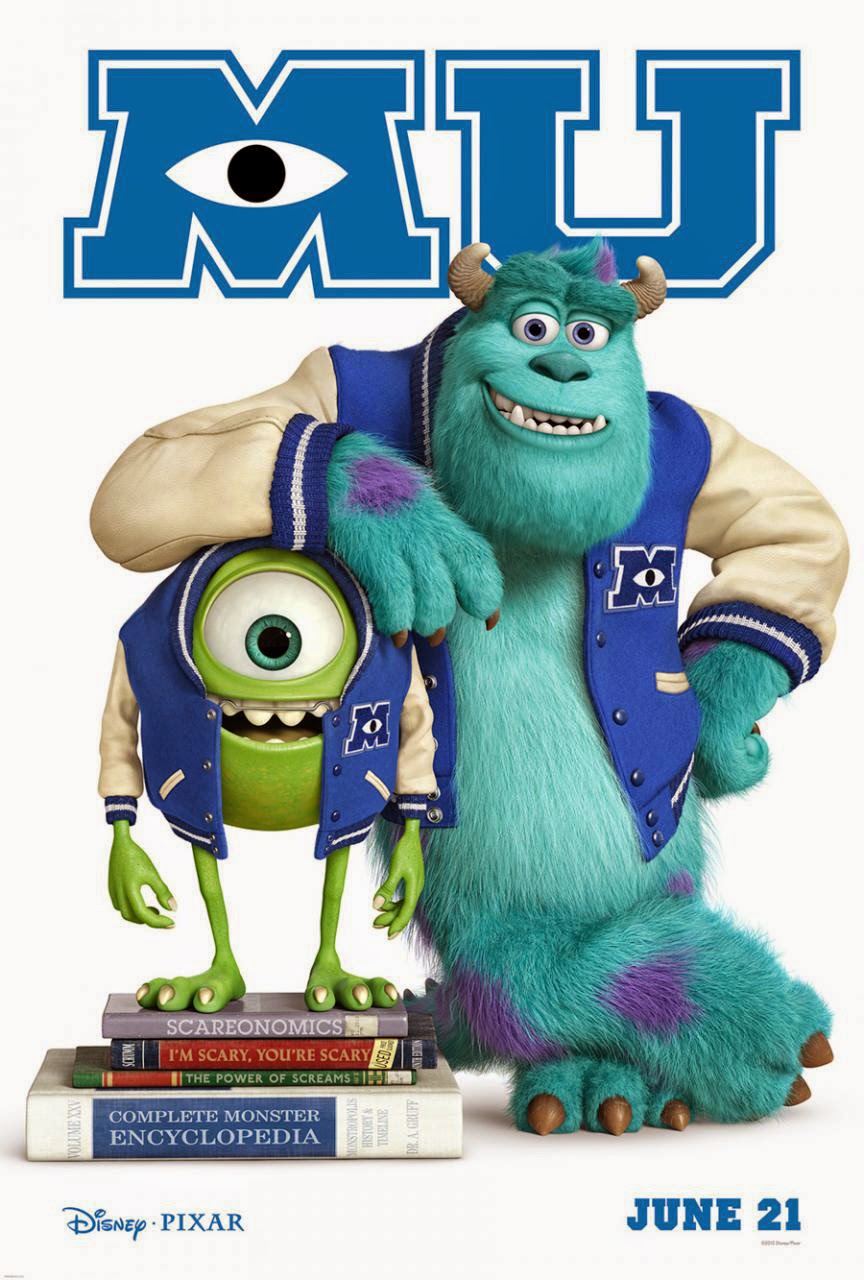 What is it about?
The prequel to Monsters Inc., which explains the backstory and relationship of Mike and Sully during their time at college - Monsters University.
Who is in it?
Billy Crystal - Mike Wazowski
John Goodman - James "Sully" Sullivan


Favorite Scene:
After joining a fraternity, Oozma Kappa, made up of a band of misfits, Mike and Sully make their way to the basement for their initiation which doesn't end up happening as planned.
Favorite Quote:
Don: I don't want you to think of me as your new dad. After all, we're fraternity brothers first.
Squishy: This is so weird.
Don: Just think of me as your big brother that's marrying your mother. Wait, hold on, we're brothers who share the same mom slash wife.
Review:
I really enjoyed Monsters Inc. There was a special and unique plot line to the movie that made it fun, enjoyable, and overly entertaining. While Monsters University, a sequel that is really a prequel to the original, is still enjoyable, it pales in comparison to the original film.
With the ending of the original film, you can tell why Pixar decided to go with a film occurring before Mike and Sully changed the "Scaring" game into that of laughter and enjoyment for children in the "Human World". Regardless of the plot hurdle, this film isn't that bad, unfortunately, just not as good.
While it misses the bar, the interesting dynamics of monsters, their college life, and the subtle quirks and one-liners make for a light, easy, and enjoyable watch.
Not a film that should be a top-of-the-list demand, but worth a watch if you want to pass an hour-and-half of time.
Grade: 2/5