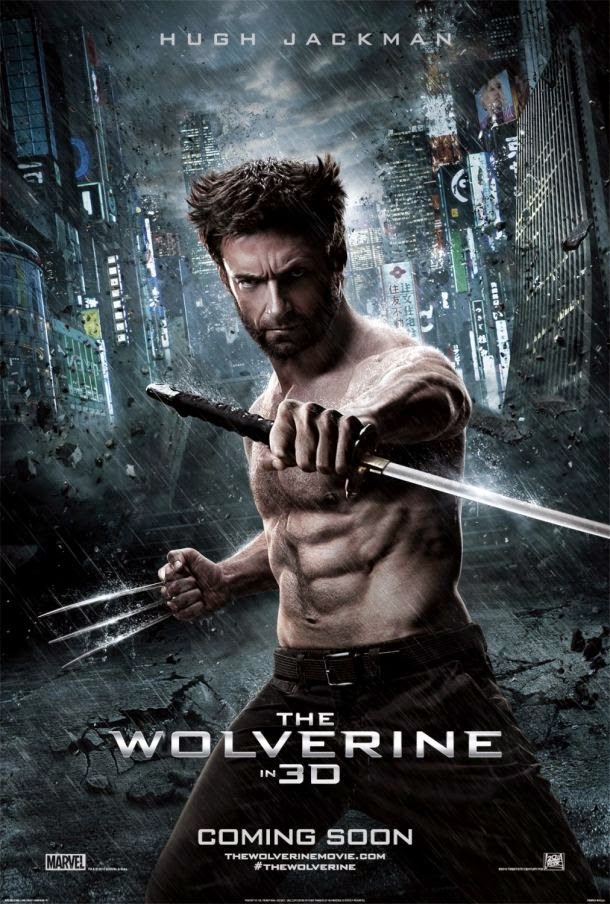 After going back to Japan to what he thinks is a good deed, Wolverine is wrapped up into a plot that forces him to protect his mutant abilities as well as deal with his own inner demons.

Wolverine ends up fighting members of the Yakuza on the top of a bullet train in Japan. The visual and fight scene is really cool and intriguing.

Mariko: Stay.
Logan: I can't, Princess. I'm a soldier, and I've been hiding too long.

I wasn't sure what to expect from The Wolverine heading into viewing it. I used to be a huge X-Men fan, and a slight comic book geek at one time, but have slowly grown out of it. Yet, movies like this reignite that geekyness that once live inside me.

Sure enough, this film didn't disappoint. Wolverine has always been a standout character within the X-Men group, and he film did a good job of highlighting it's nuances and backstory. While the film's plot isn't overwhelmingly deep, thrilling, or fantastic, it's good enough to get across the rage and caring side that is indeed Wolverine.

One of the cooler things about the film is indeed the action, more specifically, the fight scenes. The one mentioned above as a favorite is the fight scene on top of the bullet train between Wolverine and some of the Yakuza mob ninjas. Just great stuff.

The Wolverine isn't a film that will overly blow you away. The acting is decent, the plot is too, but the sheer ambiance of the character Wolverine getting it's due in a decent way is worth the watch. Especially for comic book geeks.