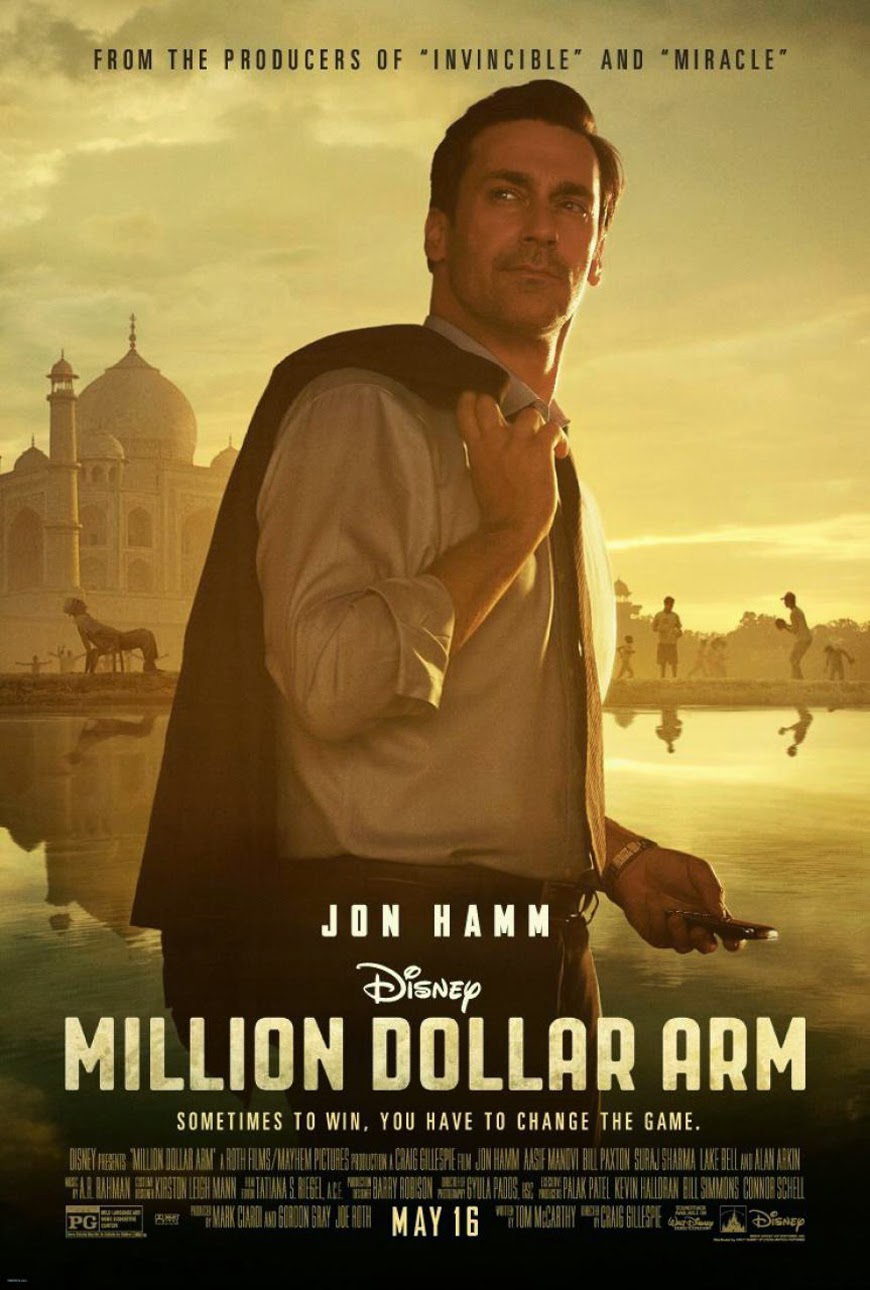 The true story of agent JB Bernstein's last effort attempt to keep his business alive when he starts a competition to find a talent from India to transform into a Major League prospect.

Tom House: [Seeing Dinesh's "flamingo" pitching stance] We might have to tweak that a little.

Million Dollar Arm is exactly what you would expect a Disney film based on a true story to be - solid, happy, funny, cute, and entertaining. And to be honest, that is exactly this film was making it a solid movie. Just a well rounded, overall, solid film.

Of course, the true story, once you get beyond the fairytale-like feel of it, is a remarkable one that deserves a movie and a wide audience platform. Though the film design for entertainment, doesn't dig deeper in the struggles and challenges of the entire process from setting up the challenge to getting the boys a second tryout. But again, it's nitpicking, and simply a result of Disney making the film entertaining to all.

Jon Hamm was good in his role, and I've become a huge Lake Bell over the years. She's often rock solid. Pitobash, who plays the role of Amit was insanely hilarious and sort of stole the movie in some aspects.

Also, kudos to Disney on getting the baseball and sports jurgen correct in the film. Nothing is more insulting for a sports fan to see sports references, likenesses, and culture cheapened.

All in all, MDA is solid. Typical disney flick that tells a truly great story. I'm sure everyone will soon catch this one on ABC family very soon.