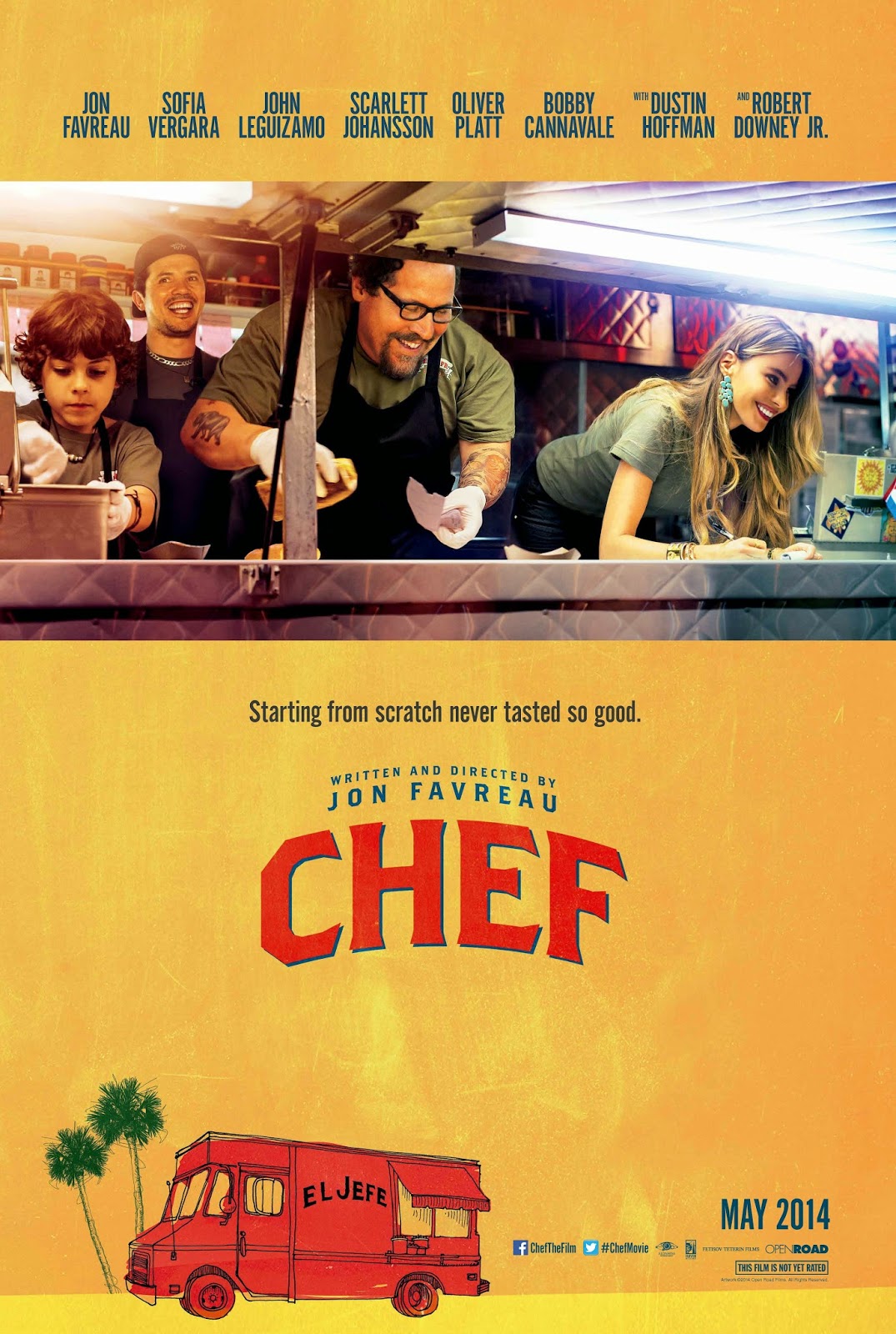 A very talented chef loses himself and his creative edge and starts a food truck and a cross country episode to reclaim his creativity, passion and happiness for the craft, as well as rebuild his broken family.

After his son, Percy, tries to serve a customer a burnt sandwich, Carl pulls him aside and explains to him his passion for cooking, using his talent to better the lives of everyone, and serving others with pride.

"I may not do everything great in my life, but I'm good at this. I manage to touch people's lives with what I do and I want to share this with you."

Chef is a an interesting feel good movie. It's rare for me to be really into a film based around food and cooking, but the way this film was shot and presented really brought the art of food prep to life. Of course, the plot as described above in it's description is your typical movie about the protagonist turning recent poor luck into an opportunity to make things better. The film does lend to some humor, most of it based on modern technology, which provides a good chuckle here and there.

Unlike Begin Again which it is often compared to, Chef doesn't provide much depth to it's characters, and sometimes you are left wondering simple questions like, where do they get permits from for every city? Where are they getting such awesome ingredients in every city? How did Martin find them in Miami? Why did his family break up to begin with? Why does he just get a random truck from his ex-wife's ex-husband? To say the least, there are some gaping holes which really pulls away from Chef's overall quality.

Overall, Chef is a not a bad film as the relationship between Carl and his son carry the film enough to make it passable. A solid film, but not great. Check it out if you have some time on your couch to kill.