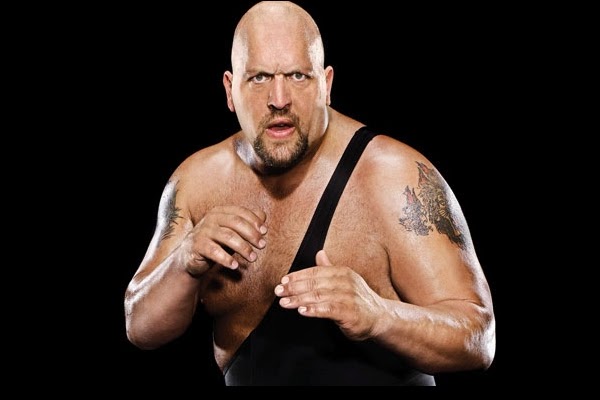 It's hard to say anything bad about the Big Show. For several decades now, the guy has been a solid staple for the WWE and for pro wrestling fans. At seven feet tall, and who knows exactly what he weighs in at (my guess is around four hundred pounds), The Big Show is truly a rarity in the industry. And that goes with a pretty distinct personality, as well as the charisma not often seen from those of similar size throughout wrestling history.

Now in the twilight years of his career, as can be seen from the eye test of his diminishing mobility, Big Show's best days are now behind him. Because of this, the thought of Big Show's legacy came afloat during a recent appearance on an episode of Monday Night Raw. There is no question the WWE will induct the big fella into the Hall of Fame one day, but this very thought lingered for me as he graced my television screen - was Big Show's potential truly maximized?

I'm not looking to place blame on the man Paul Wight, or even be one of those cynical fans who sit behind a keyboard and turn their noses up at everything. However, when one considers the true talent that is the Big Show - size, charisma, marketability, showmanship, agility, etc... - I'm not quite sure Big Show is revered as much as he could have been.

Let's take the obvious comparison, Andre the Giant. Whenever wrestling fans, old or new, hear the name of Big Andre, a certain perception floods to the surface. Domination. Grand. Crushing. Monster. Heck, even casual fans and non-pro wrestling fans know who Andre The Giant was.

Not saying that Big Show needs to be this generation's version of Andre, but why not? In fact, with the natural tools that he offers, Big Show could have been bigger (no pun intended) than Andre ever was. More of a household name. Heck, I reckon, as Big Show closes his career, I still feel like the "giant/monster" edge to him has been gone for over a decade now only held up by the cheap feeling moniker of "The World's Largest Athlete".

I guess it's WWE creative to blame (or maybe not?), but whenever I think of the career of Big Show, I think of him crying constantly in some dopey angle (his feud with Big Bossman, anyone?), or dressing up in parody outfits, or mixing it up with Floyd Mayweather and other random Wrestlemania attraction such as Akebono. It's gotten worst as of late as I've become so jaded to Big Show that sometimes I forget about his biggest asset as a character and wrestler - his size. These days, he's just another guy on the card - again, guys like him don't come around often.

I miss the days when monsters on any given roster were just that, monsters, giants, men who changed the feel within the arena and the spectrum of your television watching when they entered the arena. Attractions who wowed and awwed the audience. Because truth be told, if you've seen Big Show live, the man truly is an intriguing belief to take in.

The WWE hit the jackpot once again with a large, athletic, big man, that had a long tenure in their company, but this time, wasted him away for short terms laughs and interest. Just my opinion, just blogging...