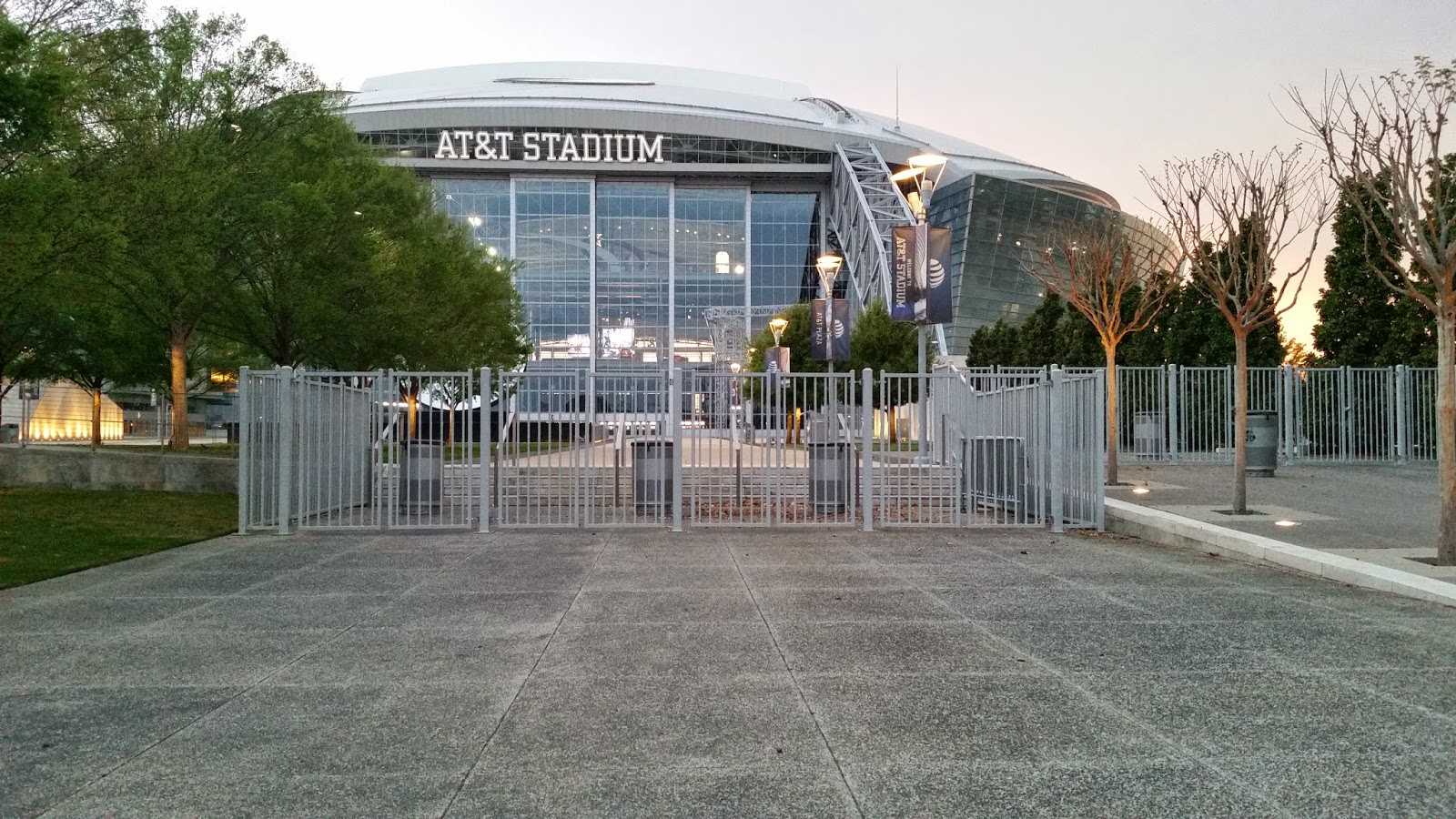 Oh, everything is bigger in Texas, and they weren't lying! I became a believe as sooner as I walked off the plane and out into the gate inside the DFW airport in Dallas-Fort Worth. As soon as you step off of the plane - Boom! - there was a huge Dallas Cowboys star right in your eye sight. I think it was on purpose - definitely on purpose. And of course, there was the largest escalator I've ever seen in my life. Right then, it was simply, but I knew Texas would be different.

So why did I visit Texas? Over the past four days, yours truly attended the annual NIRSA conference which this year happened to be in the fine state of Texas. Though, it wasn't much, I was able to get out and see the DFW area a bit.


You all know how I love to go stadium stalking - I was fortunate enough to have a friend take us down to Arlington to see the absolute monstrosity that is AT&T Stadium as well as the beauty that is Globe Life Park - both very, very poignant evidence of how far your money goes in regards to others places. Especially when one considers that AT&T Stadium and MetLife Stadium were both $1.2 Billion in cost to build. What a shame...

Also, Texas steak is tremendous. Absolutely tremendous. And this may even sound weird, but in regards to my steak meal, who I enjoyed with some reps from Texas who my colleagues and I have become good friends with, the best thing on my plate was a glazed carrot which happened to be one of the single greatest foods I ever ate. No hyperbole. Yes. A carrot - a carrot changed my life. Again, that freakin' good. And of course, their carrot cake was tremendous.

Now I can't go giving credit to the entire state for one restaurant, bu come on, carrots and Texas? Who knew?! 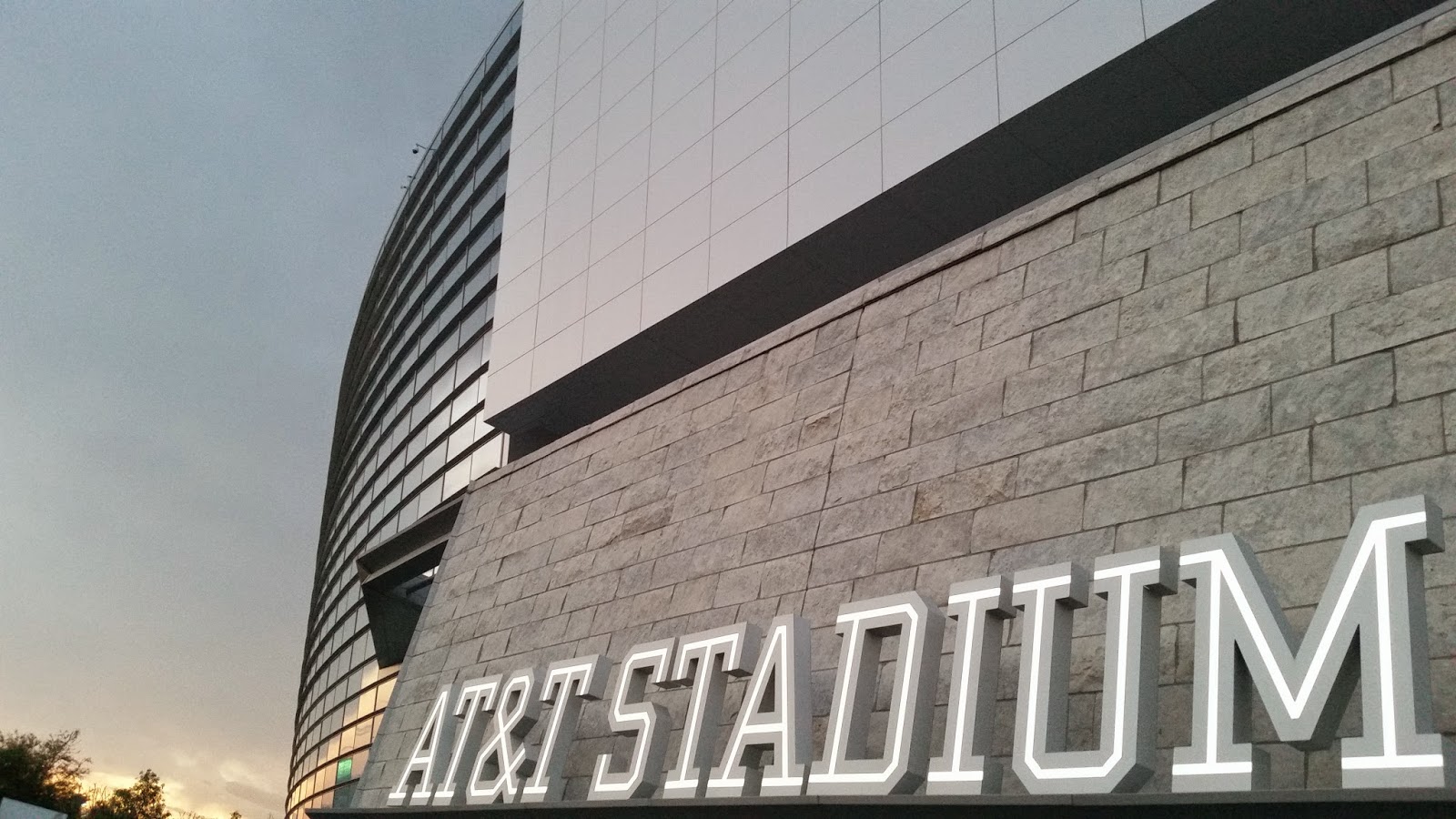 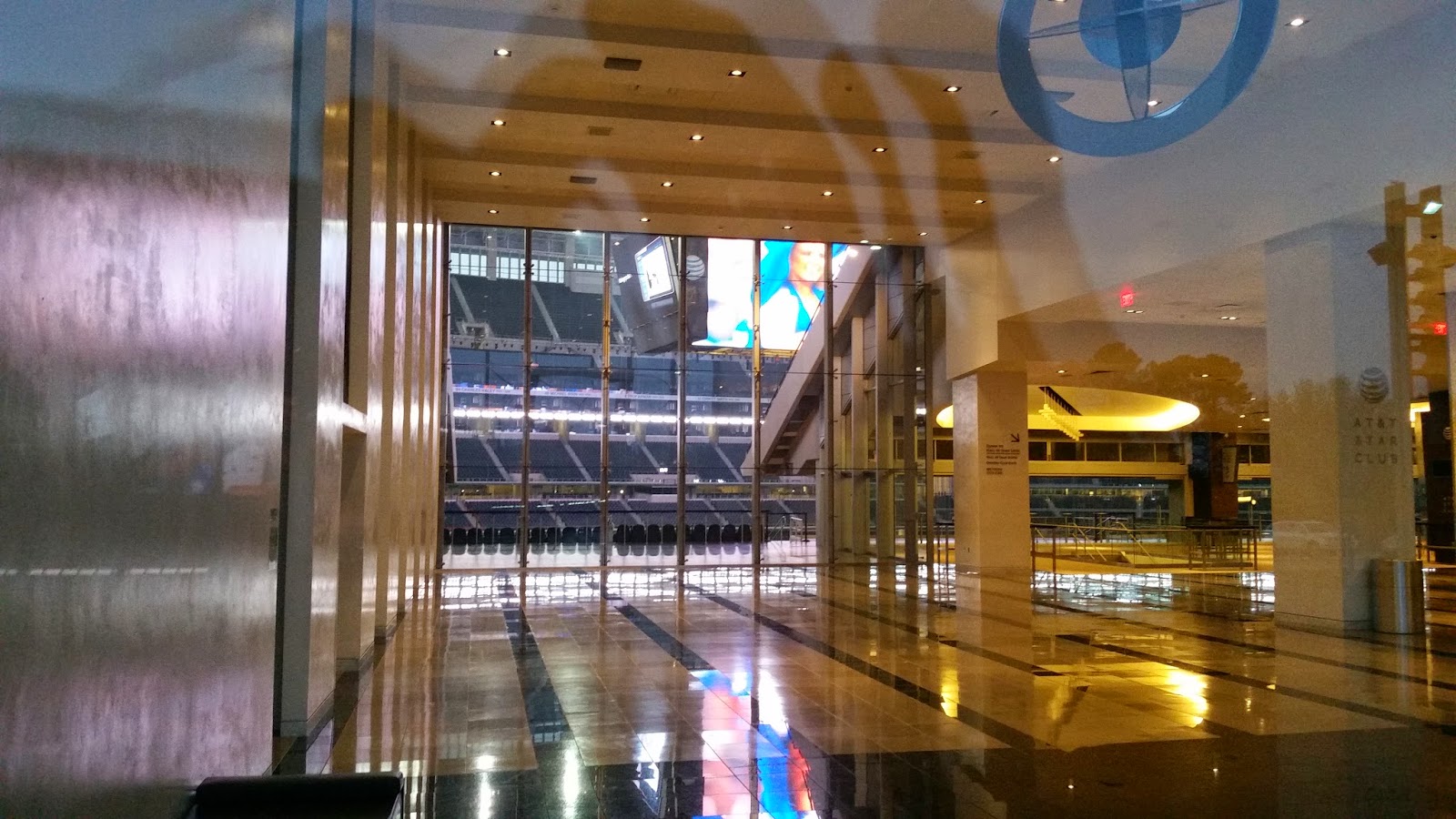 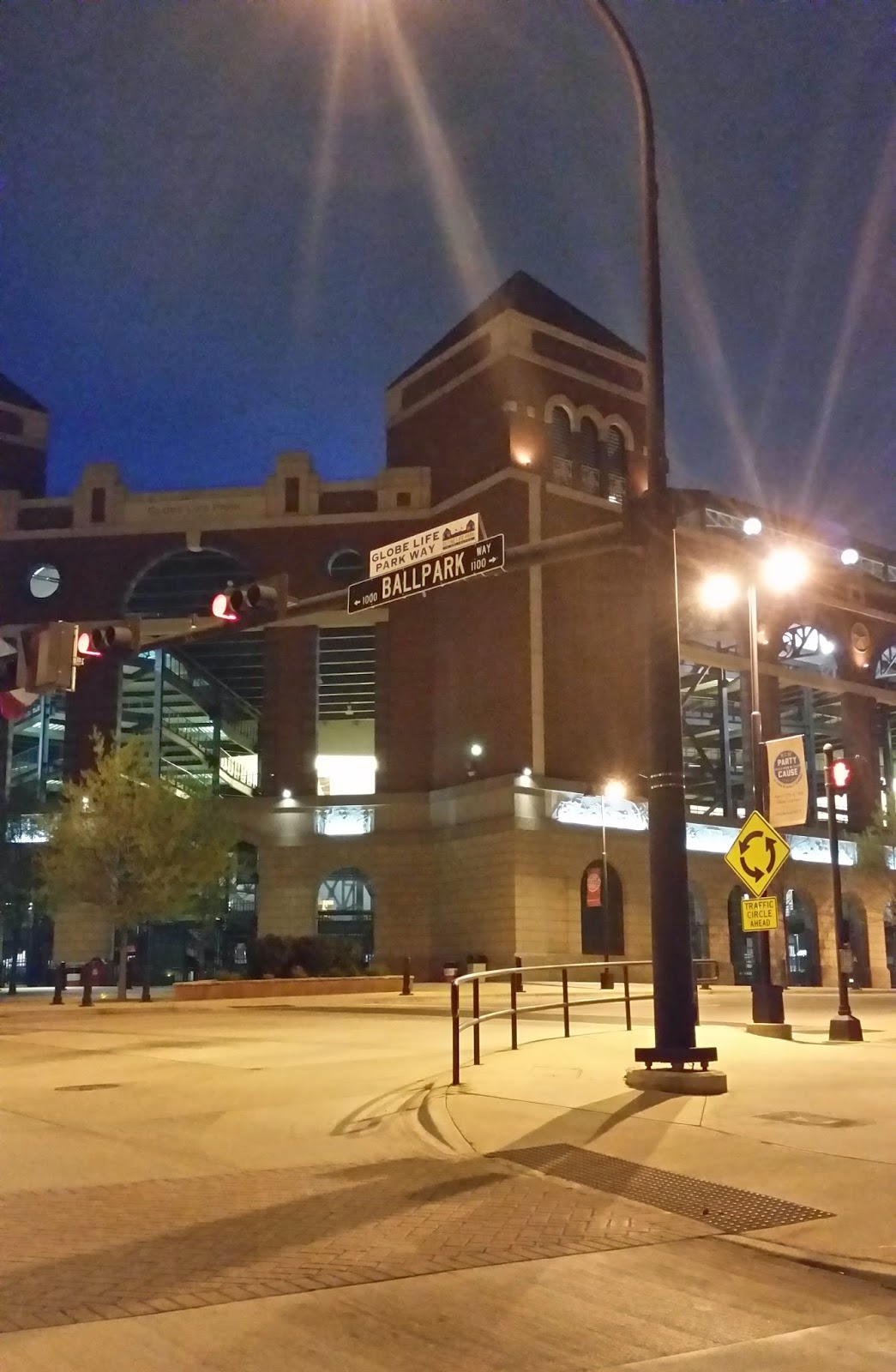 And finally, most DP devotees know the extent of my obsession with Friday Night Lights, but one does not truly understand Texas' obsession with the game of football until you get there. Until you are literally on the ground to witness the Cowboy stars everywhere, hear the local radio shows discussing football packages and lineups in April, and the restaurants in which staff members wear Dallas Cowboy jerseys, you just won't really have a grasp on it.

A friend who now lives in the area stated to us that a local 8th grade 7-on-7 championship drew almost 4,000 people! That's 8th grade football, people!! My goodness.

All in all, I enjoyed my four days in Texas. I liked the area, but I'm not sure if I'm cut out for life in Dallas, Texas. I'm just too city, and as one local Texan who I had lunch with said to me, "man, you're so New York".