2015 Extreme Rules: Satisfactory Even Without Urgency 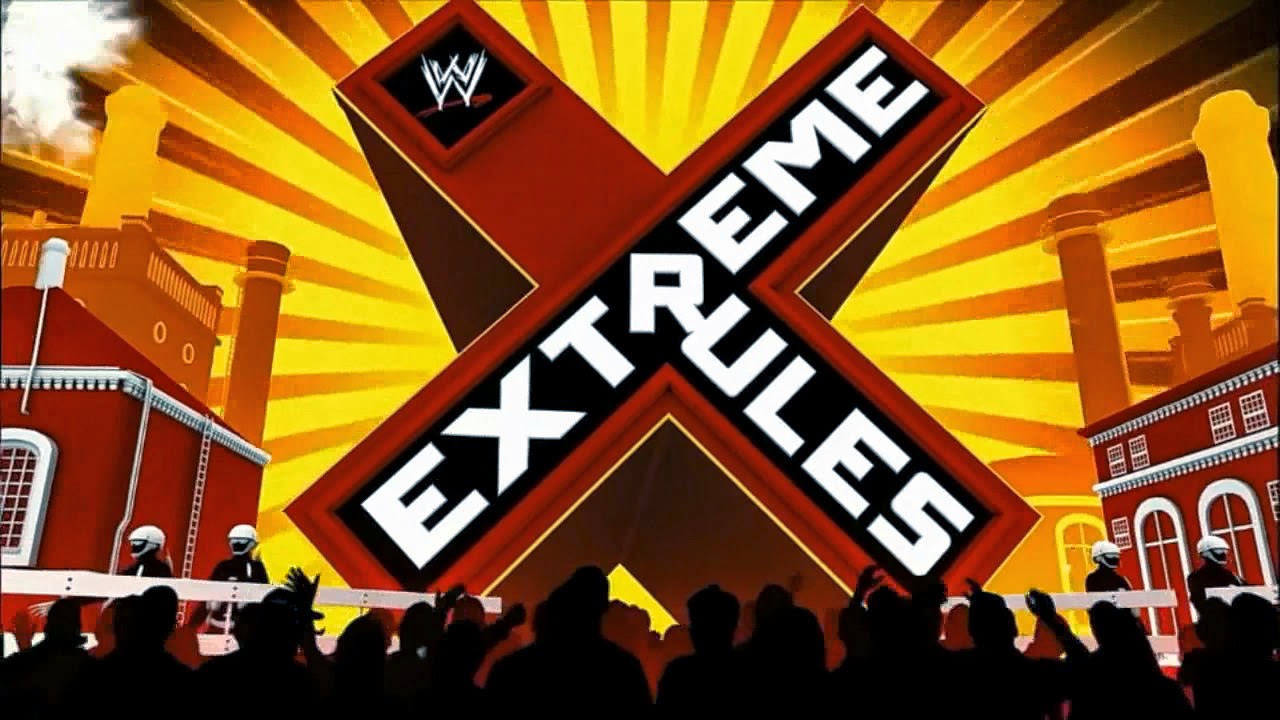 "So yes, I'm back and invested in the WWE product."

Those were my own words about a month ago in my Wrestlemania 31 review, and welllllllllllll, it wasn't a lie, but it definitely didn't turn out to be the complete truth. Because following Wrestlemania and a pretty intense (and expected) RAW the next night, the product took a step backwards. It's not terrible, but still not must-see. With that sense of urgency injected into the product. Regardless, on a busy Sunday night with plenty of options, yours truly tuned in. After all, I am shelling out $9.99 a month for this, so why not?

With all of that said, the following are my thoughts on an interesting WWE Extreme Rules show:

- I'm going to get picky to start things, and to be honest, I'm going to complain about something typically I'm never one to bother with - event sets. What was with the standard WWE set for this pay per view? I miss when the WWE had different sets for each show (even Raw and Smackdown) and the extra special ones for the PPVs.

Again, a small tidbit, but with the WWE's budget, and their high standards for visuals and production, this just felt like a letdown. OK, moving on...

-  Neville (Don't call him Adrian, anymore) and Wade Barrett was a very, very enjoyable pre-show! To enjoyable to a fault where you had to wonder, "is this as good as it will get tonight?". Be honest, that's how us wrestling fans think these days, especially when considering the card tonight.

Regardless, I'm a huge fan of Neville dating back to seeing him in NXT, and really believe the WWE has something special in him. They haven't done anything in the department of character development other than having him wrestler (always a plus). Though his matches thus far, win or lose, have done the trick.

PS - Love the theme song that they carried over for him from NXT as well. Just fits him.

- The Dean Ambrose and Luke Harper contest was, well, an interesting one. It's interesting to see how months after leaving the Wyatt Family, Luke Harper still doesn't have much "individuality" to him. Things like that baffle me when the WWE has so much time to do so. Whatever.

Has Luke Harper had any character development? Forgive me, I don't watch Smackdown. Nor do I find a reason to. #WWEExtremeRules
— Dome Pondering (@DomePondering) April 27, 2015

If this Ambrose/Harper match is still going on, is the Royal Rumble still active? #WWEExtremeRules
— Dome Pondering (@DomePondering) April 27, 2015

This one got weird with the brawl backstage, then into the car, only to return an hour later to finish the match. Did the referee just deem the match, "to be continued?" I know that's cynical, but it was tough to buy. Just saying...

- I really enjoyed the New Day v. Cesaro/Tyson Kidd tag match. Just great action overall, and let's be honest, a lot of athletes in this one despite the questionable company support. For me, Cesaro's European uppercuts were phenomenal. They don't get old, and are only second to Nigel McGuinness of ROH-lore.

- Of course, the WWE seems to be using the negative fan reaction and have been turning the New Day into heels. Were they ever expecting this gimmick to work as babyfaces? I'm sure we'll get a rematch of this tomorrow (like we always do), but where does Cesaro and Kidd go from here? Especially, Cesaro!!

- Glad to see King of the Ring returning. I'm a big fan of wrestling tournaments, and the gimmick is a good one. Heck, I may even tune into the WWE Network on Tuesday for the final if it's worth it. I'm just hoping it's used to elevate someone new. You know, not John Cena or Randy Orton winning. Nothing against both men, but, come on...

- Naomi v. Nikkia Bella I didn't see. This is where I exclusively watched the Yankees v. Mets game. Nothing against these women, but this one is tough. Heel v. Heel? But hey, the glowing changing-color footwear worn by Naomi was kind of cool, no?

- John Cena and Rusev had an alright match despite both men working hard as they usually do. I get why the WWE does the lights on the poles (there is that excellence in visuals and production, again), but this one seemed rather "eh" to me. I'm not sure, I can't explain it. I guess it's rather hard to get invested anymore in the Cena character when all he ever does is indeed overcome, especially in very cheesy ways. He wants to defend America...great. He made an example of the Russian...great. Who's next?

- Speaking of buying in, that's exactly how I feel about the Big Show. Personally, I think he has gotten to the point where the whole "I am a Giant" routine is so played out. It gets even more difficult when we seem him crying and being a pawn week in and week out.

Despite my little soap box diatribe, this was fantastic. And to be honest, Reigns has been a part of some of the better matches recently in the WWE. I think the public backlash isn't with Reigns, it's with the WWE who overdoes the "rise of their new faces". Here is our new guy, and we're going to force him down your throat! Learn to love him! Buy his merch too!

Again, Reigns deserves the new spot, as evident by another great performance with the Big Show.

And I'll admit it, I was not looking forward to this one at all. At. All. It looked horrible on paper. Horrible! Kudos to both who proved me, and I'm sure many others, wrong.

- I've made this statement before, but Randy Orton just appeals to me as a babyface. He just does. I know that's not cool to say or even admit, but at this stage of his career, it's hard to hate Orton, especially when he is busting out RKOs like the one he did at Wrestlemania.

Nonetheless, everyone knew Orton wouldn't win this, but I was just hoping for a good match that may at least trigger a hint of doubt. Though we got some goodness, like Orton using the pedigree for an attempted victory, instead we got more of the same involving Kane and blah, blah, blah. I miss the days when cage matches settled feuds and kept shenanigans out. But I guess those days are over and I just sound like an old fart.

Though, I do like the added story of Rollins winning via the RKO on Orton. Just another notch under the belt for Rollins as the wave continues to build for the future of the WWE. A potential Rollins v. Reigns match will be money. Possibly even, Rollins v. Reigns v. Ambrose triple threat?

Anyway, the WWE product, at least in my opinion, is alright right now. Honestly, it's just OK. Personally, TNA, Lucha Underground, ROH, and my bi-monthly views of New Japan are all more intriguing to me. Not a hipster-ish, "the underground stuff is better" comment, but just my honest opinion. Better wrestling and storylines are elsewhere because of one word - urgency.

While other companies are very hungry, following Wrestlemania, the urgency is out the window for the WWE until things really get going again for Summerslam. Nonetheless, there is always hope, and I'll give the King of the Ring tournament the benefit of the doubt going into tonight's RAW. Other than that, I enjoyed Extreme Rules enough to like it, not enough though to really love it. Right now, that's typical WWE.