Don't "Fix" The X-Division, Just Give Me What It Used To Be 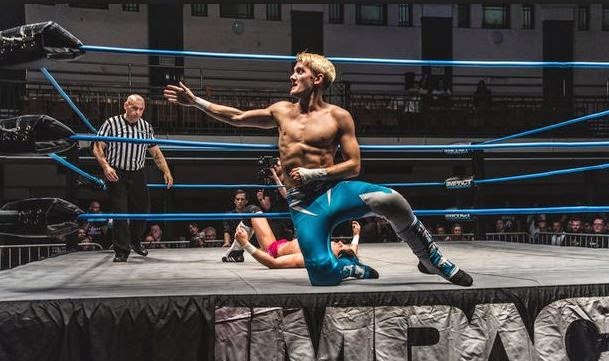 For awhile now, we've heard pro wrestling fans, mostly those of TNA Wrestling, discuss what the company should do next with the once proud X-Division. I say "once proud" because let's face it, the division hasn't been what it used to be for a long time now. For a very, very long time.

What truly annoys me as of late is TNA's constant acknowledgement of the division setting TNA Wrestling apart which just feels disingenuous. As of this post, TNA's X-Division is the least X-Division-like brand there is. It's hard to continue to make that claim when Lucha Underground is pushing the limits with its in-ring style each week. You can't keep saying that tired line when NXT is offering some exciting stuff to fans. And certainly not when New Japan's Junior Heavyweights are forcing silent crowds in Japan to roar in disbelief.


Furthering my frustration is when TNA constantly hears from fans in their feedback polls the demand for more X-Division action, and we're given a "rebirth" for a week or two.

As a fan of TNA since day one - yes, since that very first night in Nashville - it was indeed the X-Division that hooked me in. It was fresh, innovative, energetic, and compelling. Most of all, there was a certain hunger that was obvious that is missing today. That's not a knock on work rate or the talented men on the current roster, but there just isn't that urgency to steal the show there used to be.

The old guard just felt like a brand within a brand. The X-Division was just that, a separate division of guys looking to make their claim on the pro wrestling stage.

Obviously, part of that original magic was due to the unbelievable talent TNA had in such a division that is indeed difficult to duplicate. We're talking Styles, Daniels, Joe, Kazarian, Lynn, Low Ki, Siaki, Kid Kash, Michael Shane, Amazing Red, and others who weren't their namesake just yet.

They pushed the lever every night to force us to notice them, despite not having any time devoted for character development through promos or backstage segments.

It's a far cry from Crazzy Steve, whose most athletic exhibition in TNA thus far seems to be jumping atop his opponent's shoulders to bite them.

It's a huge fall to the insulting couple of minutes where fans are treated to a unnatural suicide dive or a random plancha to fill some imaginary quota of spots needed to qualify as "X-Division-like". I absolutely hate that.

Ever notice The Best of the X-Division Volume 3 DVD has yet to be released? No kidding.

The X-Division was once a variant in the product. The video game crash-derby that was exciting and offered a different style from the main event, tag, and women's scene. IT all contributed to a sum that rounded out a well balanced product.

There are some who feel the company needs a mid-card title, a true mid-card title. While I can acknowledge that viewpoint, I believe there is something special about the X-Division title being ambiguous, and in some cases, being held on the same plane as the TNA Championship.

For me, for the longest time, as TNA cycled through regimes and tried to "find itself" and its "identity", the search felt ill-advised. TNA's identity, at least to this fan, was indeed doing things that was different, and doing it well - mainly the X-Division and it's Women's division.

Watching Monday Night Raw this past week and John Cena's U.S. Title Open Challenge was the final straw in my frustration on this topic. Why? Because Neville vs. John Cena was awesome. I don't remember the last time I felt that way about the X-Division. You know, that "holy smokes, you have to see this match" feeling.

Watching Neville vs. Cena was what the X-Divison used to be. Exciting action. About a title defended and sought after every week while representing something much more, much deeper than just a championship. About competition. About making a statement. About a revolution. Not because it's time to trade it in. Not because it's Destination X time.

When the WWE is doing no-limits better than TNA, that's where the line should be drawn.

In a perfect world, I would love to see the company select a new core of young wrestlers they can get behind and make them that separate brand - the new X-Division. I believe Mandrews, Tigre Uno, DJZ, Manik, Kenny King, Spud, and the veteran Low Ki is a good start. Actually, that's a pretty damn good lineup.

If you want to take it a step further, maybe even use the division as a development/roster incentive if you need to. Let these guys offer that crash, dare devil, innovative, and athletic style to steal the show and make names for themselves - the same way the original cast did. Heck, put these matches on Xplosion if need be.

Just a match a week, I beg. Just. One. Match. Or at least some evidence of focus.