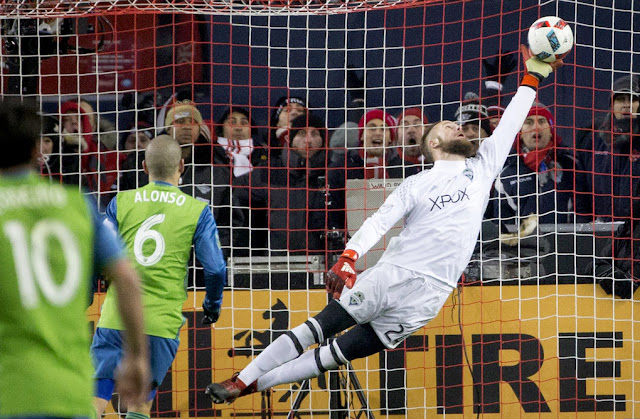 There are some who refuse to acknowledge the growing soccer trend in this country, or even the beauty of the game as a whole. However, after watching MLS Cup 2016, how can you not? What a game?!

Was it perfect? Absolutely not. In some aspects, I'm not a fan of PK's settling a winner and declaring a champion, but hey, whatevs. That's soccer. That's futbol.

Yet, in a year in which sports has given us the Cleveland Cavaliers and the Chicago Cubs, it's only right that the Seattle Sounders finally - FINALLY - break through and win their first cup. After all, for years, they've been excellent, and have been one of the league's premiere franchises.

The Sounders have consistently been a prime example of attendance excellence, topping 40,000+ per game. They've had the same club manager Sigi Schmid for years. And of course, they've had Mr. USA, Clint Dempsey on their squad. But year after year, they've always fallen short of the MLS Cup.

So of course, in a year in which they started in a horrific manner; they fired Schmid; they lost Dempsey for the season; and snuck into the playoffs on the VERY last week of the season, yeah, umm, they end up winning it all. And they did so in a title game without ever having a shot on goal. Yes! Not. One. Shot. Such a weird season. So weird.

But PK's were awesome to the Sounders, and of course, Stefan Frei had one of my favorite plays of the year. His save was absolutely amazing. Just crazy.

Oh Stefan Frei, you've never made a more important save than that one in your life!

- Was Justin Morrow aiming for the top center portion of the goal? Hitting the top crossbar in the center just didn't seem right.

- How can you not be happy for Roman Torres?

I had the opportunity (and bucket list task) this past summer of attending a Seattle Sounders home game. I can tell you from my experience then, the Sounders fan base is phenomenal, and that I know Seattle must be rockin' from this victory. In fact, the Sounders fanbase is one of my favorites in all of sports, and truthfully, I'm jealous of how passionate they are about their team.

Of course, in being there during the time they began to turn it around after hitting rock bottom and being in last place, I feel a slight bit connected/invested in this victory for the Sounders.

Either way, this game just inched me closer to another step towards truly becoming a bigger fan of this sport, and really, of this league. As the NFL continues to slide off my plate (more on that in a later post), I have no problem making more and more room for the MLS.