4 Your Eyes Only, Completely Raw and Amazing 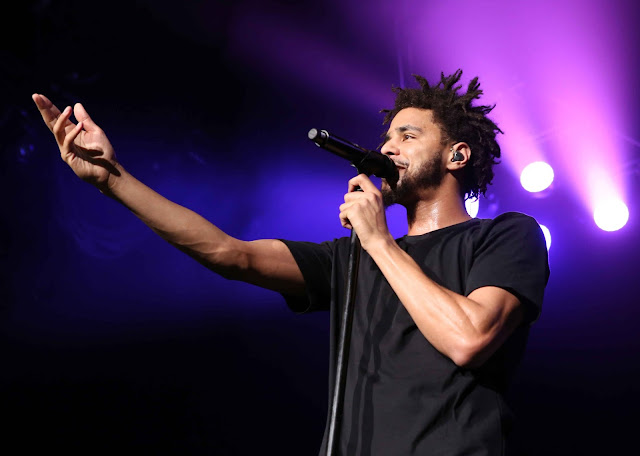 In a 2016 where social justice and matters of social concern surrounds us, J.Cole's latest album is one that I thoroughly looked forward to. After Friday Night Lights, Born Sinner, and 2014 Forest Hills Drive, J.Cole's return seem anticipated by many fans of hip-hop. After listening to it for several days, I feel like I finally have a grasp on it to share.

After all, I will tell you, and everyone else I've discussed the album with - it's not for everyone. Don't expect an album with bass-booming beats, hot one-line lyrics that are counter-culture and socially woke, but do expect an honest and raw - yes, oh so completely raw! - emotionally filled album about life, love, and loss.

So yes, that's not everyone's cup of tea. I get it. But for me, I like love meaning and depth in my hip hop. It's why I find fewer and fewer artists that I can relate to in today's game. Cole's ability to set a narrative for the album in which he is telling a story similar to his life, yet, also speaking from the perspective of his friend who passed away, is the kind of "genius" I believe get's overlooked in today's musical realm.


Again, don't expect crazy productions, sick beats, features from other performers, or club bangers on this album. Just throw on some headphones, and let his words, and the emotion just guide you on the journey. It's definitely for a certain mood, and possibly even an acquired mindset.

Of course, not on this album are "False Prophets" and "Everybody Dies" which were released prior to the album's drop (both highly recommended), but just didn't fit with the 4 Your Eyes Only vibe.

Below are a few favorites from the album:

She's Mine Pt. 2 - An ode to his new daughter, this track is simple, but evokes the feelings of Cole as he deals with being a new husband, and of course, the wonders of his new daughter.

Foldin' Clothes - In my opinion, not just the best beat on the album, but possibly an overlooked song by many. It's the kind of track that probably any married man can relate to, especially those who never saw that type of love coming. If you're in this mold, you have to appreciate the following verse:

All in all, the track takes something as simple as folding clothes, and how it becomes a symbol of wanting to be with your significant other over things you've done in the past.

4 Your Eyes Only - The first time I listened to this track in my car, it left me with my jaw dropped. I had to attempt to digest it, and then of course, hit repeat. The track is absolutely beautiful. The first time I heard it I thought that it was Cole's message to his daughter and him acknowledging his future death, but then after multiple listens, you understand that it's a song left by his friend for his friend's daughter and it completely changes the entire album. Which of course, shows the double meaning of the entire album, and its beauty. At least in my opinion. Of course, wrapped up in that is the issue of social justice, mass incarceration, and the misunderstood black male, which again, is hinted on the track, Neighbors, which is also great.