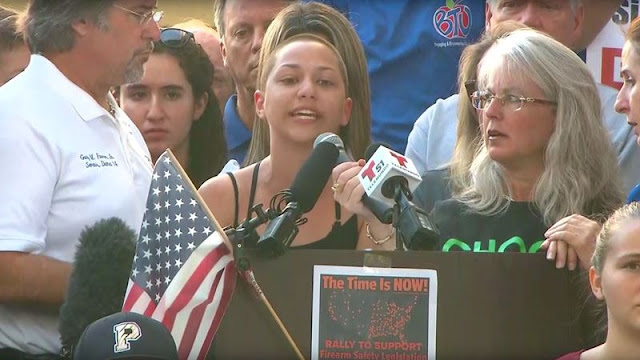 1. Aaron Weiss - It shouldn't be hidden or gone unnoticed - Weiss is a hero. The football coach shielded many students during the shooting, and saved the lives of many students. Again, Weiss is a hero, that should not go forgotten in this entire unfortunate situation.

2. Emma Gonzales - How frickin' cool is this girl?! Her speech this weekend was passionate, it was raw, but most of all, it was filled with empathetic truth. Emma, and the many students recently involved in this shooting have called out our government, and that is so incredibly commendable. Honestly, it is quite amazing to see the political movement of fifteen year olds calling out the President. But this is the new America we are now in.

3. LeBron James - Kudos to King James on how he handled the situation between him and Laura Ingraham. He could have stooped to Ingraham's level, but instead his refusal to be "just an athlete" is one that is needed to be heard.

2. Gun Reform Debate - I just don't understand how there are so many who continue to want to find alternate reasons around gun reform. I am not for taking guns away, but come on, something has to be done to stop, or at the very least, curtail this gross American problem. Why is this still a debate? Why?!

3. Laura Ingraham - SMH. This lady is such a clown. She really is.