"Just Shut Up and Dribble" 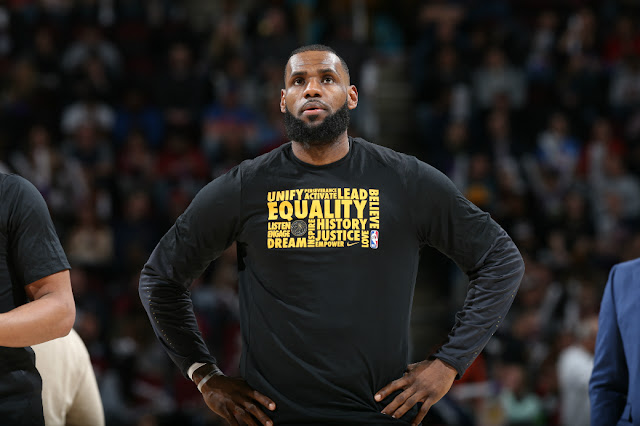 Laura Ingraham of FOX News really stepped in it this week. Her comments to LeBron James and Kevin Durant in regards to their political opinions and her direct message to them of "Just shut up and dribble" has caused a stir among many on both sides of the political divide - a divide that seems to grow daily in this nation.

Rather than wait to pen my thoughts, mainly because I was so fired up to do so, I shared took to Twitter (ugh..I know, sorry y'all) on a Subway ride home after seeing her rather ignorant remarks.

See below for the quick rant:

The saddest part about Laura Ingraham's comments for me is that many are in tune with her message. There has always been an underlying tone that athletes, especially athletes of color - are ONLY gifted with athletic yet, pointless, talent in our society.
— Dome Pondering (@DomePondering) February 16, 2018

There are pockets of this country who want black bodies on their fields and courts, but as the famous line from Bissinger's Friday Night Lights stated, "when black bodies no longer wore their favorite team's colors, they were just another nigger."
— Dome Pondering (@DomePondering) February 16, 2018

On another note, its rhetoric like that from our political guide within the national media, that makes me sad, and as a person of color, to further distrust entities like FOX News and pundits who push agendas rather then talk about real issues. "Shut up and dribble"? Smh.
— Dome Pondering (@DomePondering) February 16, 2018

I would like to think we are better than that. That not all people share her views. That she does this for ratings and attention. Or maybe to spur interest away from 17 dead bodies at the door of a once again guncontrol reform push.