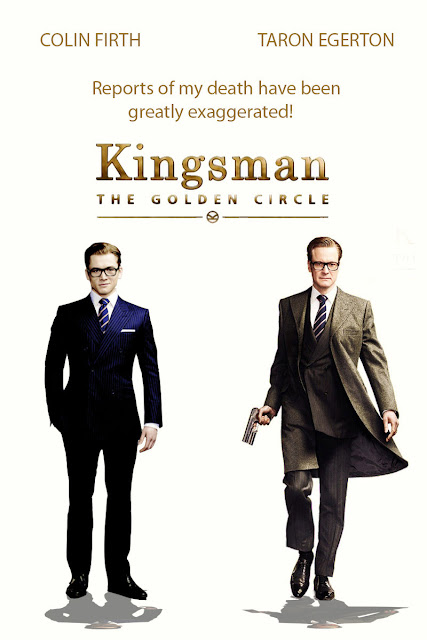 When their headquarters are destroyed and all of their resources are eliminated by those taking the world hostage, The Kingsman must seek the help of their allied spy services in the U.S. and to ban together to defeat the threat.

After retrieving an antidote for the plague taking over the world, the three spies end up in a cabin taking on many of Poppy's soldiers with various events and twists taking place.

Kingsman: The Golden Circle is an absolutely fantastic movie. There are so many things that made this film that very description, but really, when it boils down to it - it's fun! Man, this movie is just flat out fun to watch, especially considering it's lengthy run time.

Much like the original, The Golden Circle was funny, offered some insanely awesome cinematography, a killer soundtrack, a great story, and the best use of Elton John ever. No seriously, ever!

One of my favorite things about this film is how it ties in the very first film. The plot is extraordinary, and gives the entire franchise legs to run with in the future.

Again, without giving it away, this film is awesome. If you've seen the first one, definitely watch this. If you haven't, watch the first and then watch this one.