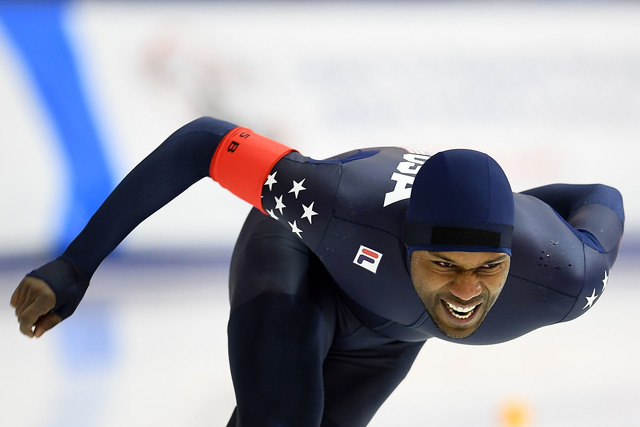 1. Winter Olympics Open - Okay, I'll admit it. I'm not overwhelmingly a Winter Olympics guy. I'm still learning the scoring for figure skating, skateboarding is cool, and cross-country skiing seems to me like a good way to punish someone. Regardless, it's always pretty cool to see the World's best athletes on such a stage.

2. Black Athletes in Winter Olympics - Yo, there's another black guy in hockey! And a black guy on the national speed skating team! One of my lack of interest in the Winter Olympics have always been it's lack of diversity. But lo and behold, this year there are some windows and barriers being smashed. This is great for sports.

3. MLB Hot Stove - The Hot Stove had a bit of a blip of fire this week as Yu Darvish signed with the Cubs. Will this open up the market? We'll see. It's been such a crazy off-season, and camps open this week!

1. Officers Killed - The news of two Ohio Police officers who were responding to a 911 hang-up being killed is so incredibly heartbreaking. So senseless. Ugh...

2. Explosion in Puerto Rico - Just when the island of Puerto Rico begins to get itself back together, a huge explosion at a power substation now leaves areas in the dark.