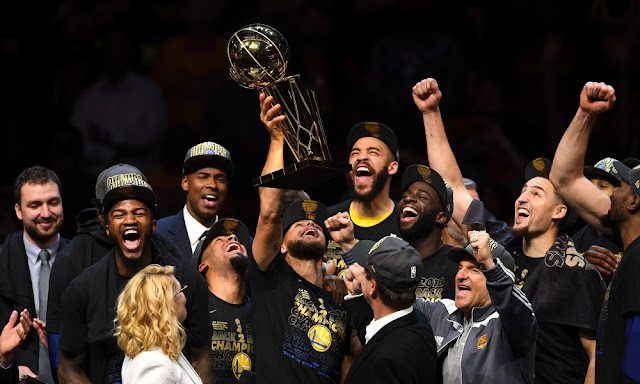 So the Golden State Warriors win again. And water is wet, death and taxes are still definite, and yes, us Knicks fans will wait another year for any kind of basketball relevance.

The Warriors winning once again is about as common as everyday coffee and routine. Expected and done. It's not a bad thing. It really isn't, as I'm not one of those people who complains about "competitive balance" or "predictability" in the NBA. This has always been the NBA.

However, I do think what the Golden State Warriors have done should be celebrated. It really should. They built a dynasty the right way - drafting and developing. Sure, they added a big time free agent. But really, can you blame them? If your favorite basketball team had a chance to do the same, would you in your fandom stop and say, "but what about the rest of the league?"!

In fact, I'm a fan of the Houston Rockets GM, Daryl Morley, who alluded that if you're not obsessed with trying to beat the Warriors, why are you even an executive in the industry?

I love that mentality.

Regardless, what's so special about this team is the ego-less basketball they play, and it's oh so fun! In a league where stars and "stars" force situations to "have their own team", these guys are making it work financially and competitively with one goal in mind. So far, they've got three championships in four years.

Yes folks, this is a dynasty.

Even scarier, as of right now, pencil them in for another NBA Finals in 2019. Yup, they'll be back.

Some other thoughts from the NBA Finals: 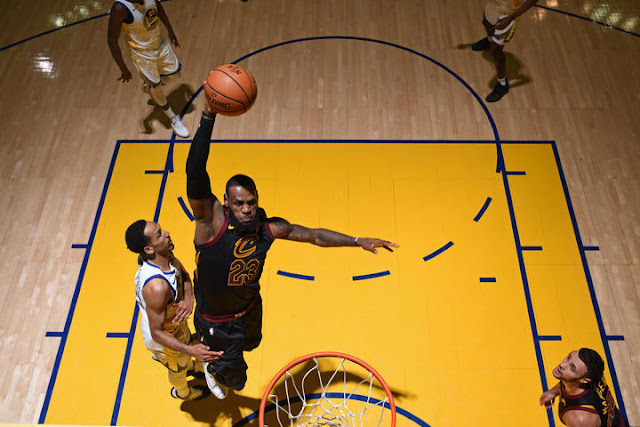 No. I refuse to get into the whole entire LeBron James vs. Michael Jordan debate. It's entirely premature, and really, it grew from something fun into a ridiculously fabricated and played out concept that pushed it into annoying drivel. You know, the kind of discussion that goes from cool banter between sports fans into ridiculous questions being asked and pushed by talking heads.

And yes, I continue to find myself shutting out more and more sports talk mediums.

But seriously, if you're one of those fans who continuously need to find a comparison or a situational flaw, or some ridiculous stat to find fault with LeBron, then not only are you reaching, but I sincerely question your sports fandom and appreciation.

Oh, and by the way, we learned he almost averaged a triple-double with a broken hand. 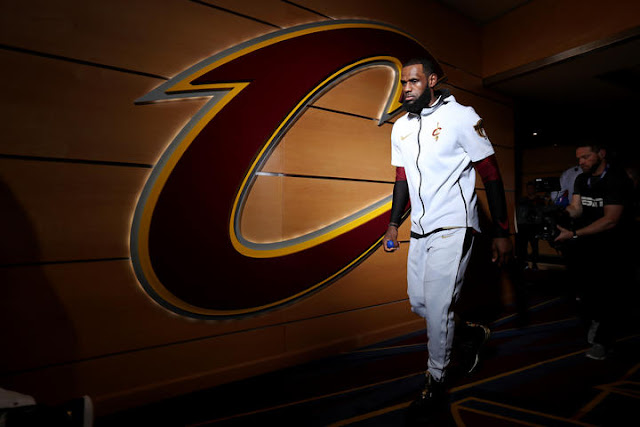 Anyone who says they have an idea of where LeBron is going is quite frankly lying. No one knows. Just like when we geared up for two years for his first "Decision", no one had Miami and that entire situation going down. And again, no one had him returning to Cleveland pegged. The speculation is fun, and I'll be honest with you, I'm highly intrigued, especially considering the options in play. But no one knows.

My prediction? The New York Knicks. Sounds like a homer prediction, and of course, it totally is. However, if he merely did a fraction of what he did in Cleveland in this city...

But we all know we're cursed. He'll probably end up in Boston (go figure) to further make us Knicks fans miserable. 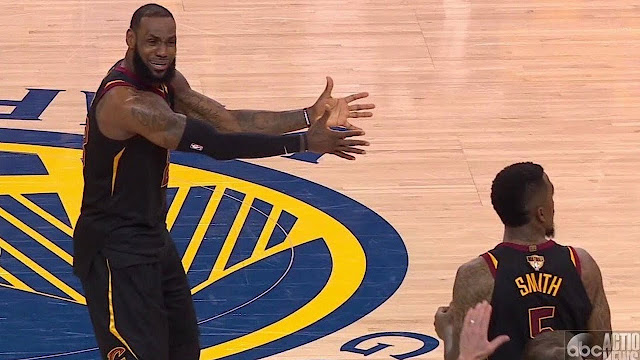 Knicks fans know JR's antics all too well. That play will forever live on in history. Damn, JR.

But I tell you what? The memes to come from that moment have been downright amazing.

Again, JR really is a special entity in the NBA. 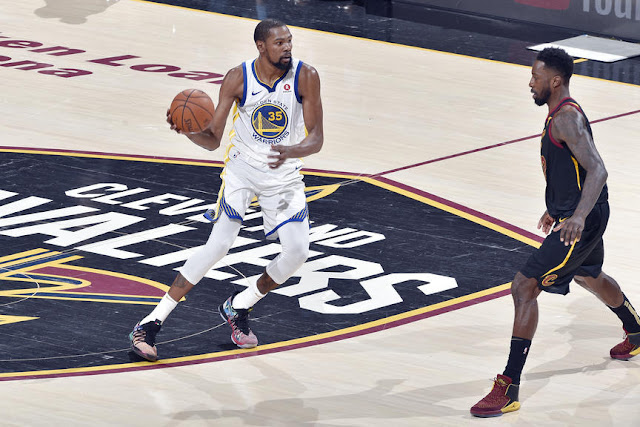 Was it easier? Does it mean more? The conversation around Kevin Durant leaving OKC behind for Golden State continues to rage, and it will as long as the Dubs continue to hang banners.

I do believe championships are hard to win, regardless of talent. You still have to play the game. And really, I do believe if Chris Paul plays game seven of the Western Conference Finals, this whole entire outcome is different. But here we are.

With that said, yes, the history books will still reveal Durant joined a 73-win team, a team he and his squad had on the ropes, 3 games to 1.

Championships are championships. But I do believe that some are worth just a bit more than others. Ask LeBron about his Cleveland win compared to his Miami titles. Different. You appreciate them all. But one means more. 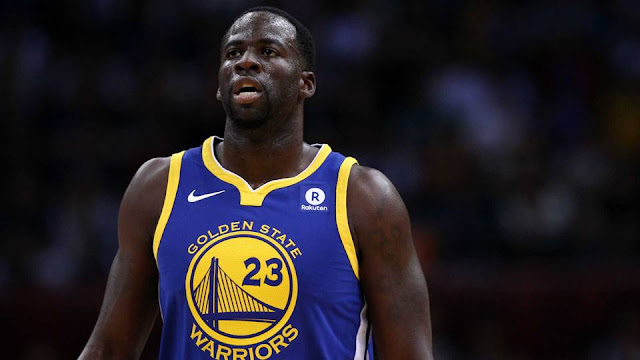 Draymond Green amazes me. The dude can yell at referees, slams basketballs, storm away in child-like petulance, and still not get thrown out of a game.

With that said, Green's role on this team is definitely one that is unique, yet, incredibly valuable. The ultimate meaning of intangibles.

I'm pretty sure you're going to hear and see many players attempt to be the "Draymond Green of (fill in whatever team here)". But I really believe his abilities are special. And kudos to Steve Kerr for putting him in a role to magnify those abilities. 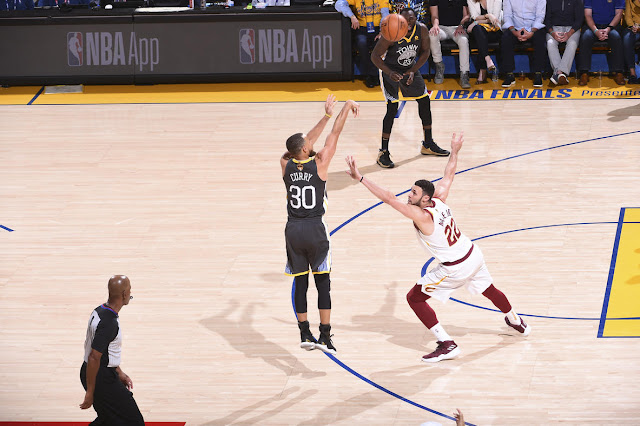 I think Steph Curry just made another shot. He has to have a 3pt rating of 150 in NBA2K next season, no? 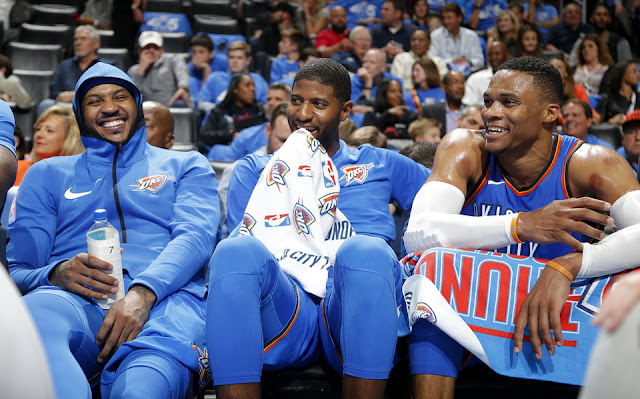 As mentioned above, how does the rest of the NBA respond to this? I'm not sure there is a team out there that can defeat the Warriors in four games. The Warriors will definitely look to get better, especially in deepening their bench. Not to mention, they'll get a few able vets looking to hitch their need for a ring to this express locomotive.

I won't be surprised if Chris Paul, Paul George, and LeBron did something fun somewhere (New York!!!!! Please!!!! Please Come!). I'm not betting that it will happen. I'm just saying, I wouldn't be surprised. 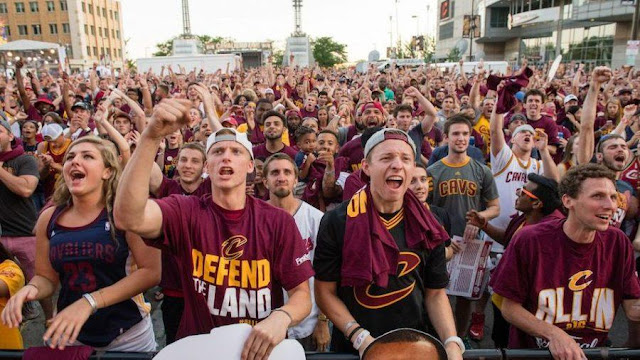 BRACING FOR LOTS OF TERRIBLENESS aka BACK TO BEING CLEVELAND

Wasn't it odd and eerie when LeBron checked out of Game 4 in what feels very much like the end of LeBron in Cleveland. Even more odd were the fans reaction to it all, unsure of what to do, what to say - really, shocked that THIS might be it.

A return to being, you know, Cleveland.

Sure, they chanted "M-V-P", but it felt so generic, so unfulfilling, so, well, leaving so much more to be desired. Maybe a chant of his name? I don't know.

You can't return what LeBron has given Cleveland, especially considering how he was treated upon his first departure. But while I long for greatness one day for my New York Knicks, I can't imagine being a fan and knowing that the best player in the game, and the sole reason for my team's success - and really so much more to the city - is leaving. I'm not even sure how I would handle that very moment knowing the dream is over, and what lies on the other side of this season. Of that moment.

Cleveland sports fans, I can't even imagine the anxiety you will have this summer. I don't envy you at all.