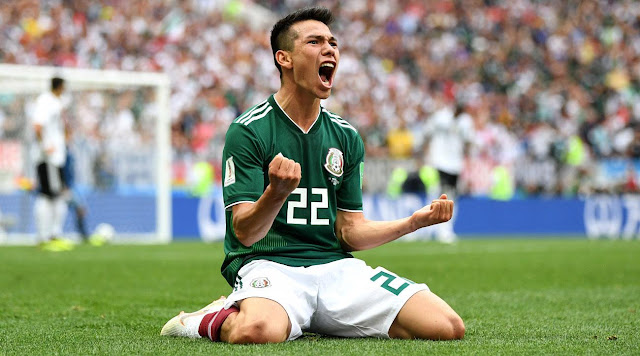 1. Father's Day - Always a special day of the year, kudos to all of the men who are engaged and active fathers around the world. I had several wishes of "Happy Father's Day" today, and yes, it was weird. Hoping to officially join the club with my initiation year coming up.

2. The Incredibles 2 - Honestly, it was was one of the movies I would have picked to end my now decade long-movie-theater-free streak. Yes folks, it's been over ten years now. I should probably put up a countdown on the site. Nonetheless, kudos to I2 for raking in over $180 Million over the weekend. And yes, this sequel is so long overdue.

3. The World Cup - It's been absolutely incredible since the start. With many upsets and poor outings from some powerhouses, the tournament is already flipped upside down. We saw an epic Ronaldo performance, and a Messi letdown continuing that epic debate. Also, it's pretty interesting to watch those who fancy themselves "BIG" sports fans who aren't familiar with soccer attempt to either devalue the sport in America, or overall. Regardless, looking forward to more from Round 1 of pool play tomorrow!

1. Jeff Sessions - I really struggle with this, and I do think I'll have to personally discuss this with a post soon. Sessions using the Bible to back up separating families at the border is the kind of actions that really force many to distrust the Christian faith, and truthfully, makes me wonder about those who blindly attached their faith to political parties based on tradition or what is considered "customary". Stay tuned to the DP for more on this one.

2. Border Patrol Ethics - The separation of families and the methods in which they are being done is downright disgusting. It's shameful, and honestly, it's a critical human rights violation. The stories are horrific, and it begs would this administration do the same if immigrants were from, you know, say, Denmark? Doubtful. The whole thing is so sad.

3. North Korea Meeting - Ahhh, the trifecta from our government. This one earned a slight down this week. I planned to have it in a "maybe" section, but the entire legitimization of North Korea's leadership and then the followup comments our President had on Fox and Friends regarding the "respect" North Koreans" had for it's leadership is SMH worthy. What a week for our government. Ugh.