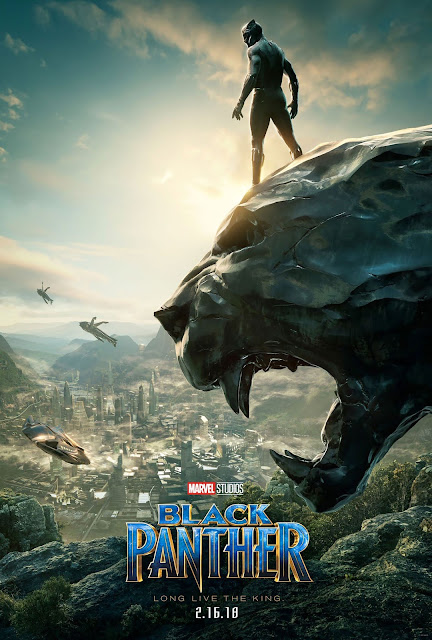 The King of Wakanda, T'Challa, rises to the throne of King, but runs into a challenge and inner dilemma when he is faced by an outsider and product of his father's mistake.

After finally making it to Wakanda, Killmonger and T'Challa have a facedown within the quarters of Wakanda's leaders, and the truth is unveiled to all.

"Bury me in the ocean with my ancestors who jumped from the ships, because they knew death was better than bondage."

What can I say about this? Like seriously. After the amount of revenue this film generated, the reputation it garnered, and all of the reviews already out there, there isn't much I can offer up here.

Black Panther is so insanely awesome. In so many ways. From the talent involved, the cinematography, the complex plot, and of course, (finally!) a depiction of black super hero in a major way - so many things to discuss.

Truthfully, I was such a fan of the plot which did not present an antagonist. While Killmonger had extreme ways, he represented an ideology that could be argued for reasonably.

Regardless, Black Panther is utterly fantastic. I look forward to part II. After all, there has to be one right? Way too much money to be made.