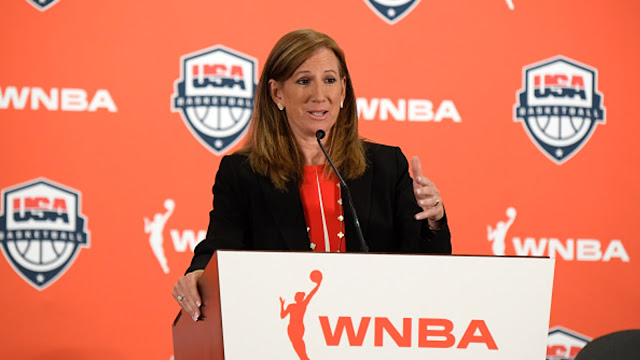 1. New WNBA CBA Agreement - This past week, the WNBA announced a historic basic agreement that not only gave its players basic comforts and accommodations, but a pact which invests in the league, and outright pushes forward the landscape of women's sports.  It's not enough, but it moves the ball in the right direction. By the way, enough with the jokes - get out and support women's athletics.

2. Harry and Meghan - So not only did they bounce from England, Harry and Meghan literally threw down the crown! In all seriousness, much respect to Harry on the move as I can't blame him. He watched his mother literally killed from the pressure which is that lifestyle. Nothing wrong with wanting better for your wife and child.

3. CC Sabathia - My dude did not hold back regarding the Houston Astros controversy. Everything that was Sabathias's honest rant on the latest R2C2 podcast regarding the controversy was gold.

1. Houston Astros and Sign Stealing - What can be said, that hasn't? I wanted to punch the keys this week on this issue, but honestly, the effects are so deep and so vast and there are so many dynanics to it all. So many people are affected. As of right now, as a Yankee fan, I feel cheated out of a 2017 possibility. And I can't even imagine how Dodger fans must feel. The Astros deserve everything they get right now.

2. Oakland Housing Issue - The continued homelessness issue in the Bay Area is alarming. When a city sees it's housing rates and prices surpass the affordability of the working class individuals who live in it, there is a serious problem. I was there not too long ago, and the vastness of shacks and tents along highways is disturbing, and crushing.

3. Diversity Remaining in Presidential Race - With Senator Cory Booker now exiting the race, the Democrats have a rather dwindling diversity population that is not all that exciting. There is a real part of me that wonders if they are selecting a candidate based on merit, or based on belief of who can capture votes to defeat Donald Trump.

1. Jack Ryan Season 2 -  It's amazing. Definitely give it a watch if you have Amazon Prime.