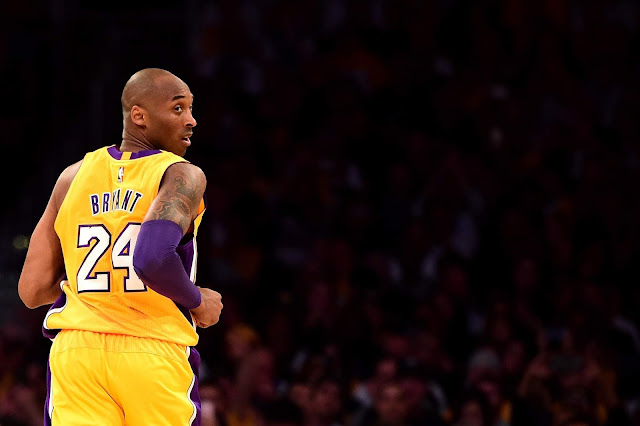 1. Derek Jeter & Eli Manning - New York City lifted up two of its sports heroes, and two of the very best to represent this great city. Jeter, of course, was elected to the Baseball Hall of Fame. And Manning, after 16 years, walked away from the game of football.

2. 2020 Royal Rumble - My favorite wrestling event of the year, the Royal Rumble did not disappoint. From surprises, to some really cool moments, even an unpredictable win in the men's Rumble match - the entire pay-per-view was a tremendous way to kick off Wrestlemania season.

3. Alyssa Nakken - The FIRST woman head coach in Major League Baseball. That's a big freakin deal. Kudos to Nakken on making it, and of course, to Gabe Kapler and the San Francisco Giants for making it happen.

1. Kobe - The entire ordeal is still rather unbelievable. So many thoughts that go along with it - mostly, that life is precious, and we ought to enjoy it. RIP Kobe.

3. Delonte West - This was sad. Mental health is a troubling issue, and watching that video of West get beaten and then mumble a few words in banter, is sad. The NBA has a lot on it's plate this season - regardless, providing help to West should be of importance.

1. Impeachment Proceedings - Ummmmm, anyone else following these hearings? Forget that, there is a better question - anyone else really believe ANYTHING will come of this? Maybe I'll be proven wrong, but I just don't see anything - nor did I ever - coming of this impeachment.

1. Heidi Watney - Kudos to the MLB Network anchor who really captured the death of Kobe Bryant and all the lives that perished on that helicopter flight earlier today:


To lose your husband and daughter or Dad and sister in one horrible day is unimaginable. My heart hurts for the Bryant family and the family of the other passengers as well. Another awful reminder how fragile life is.
🙏🏼💔 https://t.co/Z4PZAFAER0
— Heidi Watney (@HeidiWatney) January 26, 2020