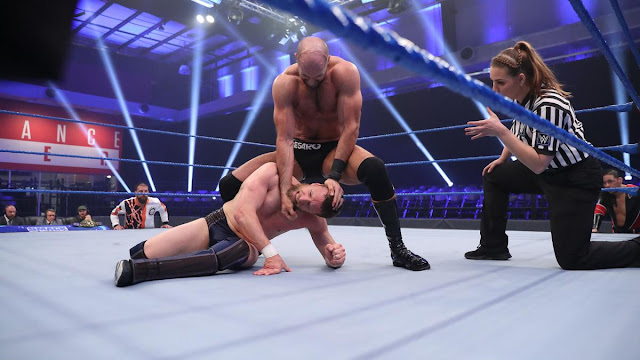 1. Medical Officials and Practitioners - In the midst of this crazy time, we should give props to many of the healthcare professionals still doing work in hospitals, studies on the current outbreak, and the many currently in labs working on ways to stop this thing. There are a lot of brave people going unnoticed in all of the hysteria.

2. Mark Cuban - As sporting leagues across the world shut down this week, it was Mark Cuban, owner of the Dallas Mavericks, who on the night the NBA announced it's suspension, didn't worry about his team, or even his bottom dollar. Cuban instead placed focus on the hundreds of hourly workers who would be affected by the shutdown in his organization and let it be known that he would be taking care of them. That was awesome - and it also placed so much pressure on all of the owners within the NBA, and eventually, throughout the other leagues. Class act move by Cuban.

3. WWE - It is times like this where the WWE, and really, pro wrestling as a whole, reaches further than many of our live entertainment mediums. As everything shuts down, it is the WWE (and now, AEW) who have decided to keep running new content from empty arenas, or training facilities, to provide outlets for fans during this time. And you know what, someone like me enduring this time and so much more, needs it.

1. Coronavirus - Doesn't need any explaining, does it? Stay safe, and be well, everyone.

2. Spring Breakers - Can you imagine being so selfish as to ignore everything around you regarding this outbreak? Sure, you can have your debate on the severity, or maybe the "overhyping" or sensationalism of the outbreak, but flat out disrespecting what is happening here is the type of behavior that will lead our government to protect us from ourselves.

3. Toilet Paper Choas - The idea that there are some people buying carts (and carts) worth of toilet paper, and not allowing many others the opportunity to purchase a rational amount, is maddening to me. Especially so, in such a time as the one, we're living in. Quite frankly, those doing so are ridiculous.

1. Carlos Cordeiro - The now-former President of United States Soccer claimed in his argument against the United States National Women's Team (regarding their gender equality lawsuit), that the men's team had more "responsibility" and required more "skill" than the women's team. Seriously, all jokes aside, has anyone - ANYONE - watched the United States Men's Soccer Team as of late? Within the last two years? Four Years? Six Years? The level of gender bias within this organization is so incredibly head-scratching.