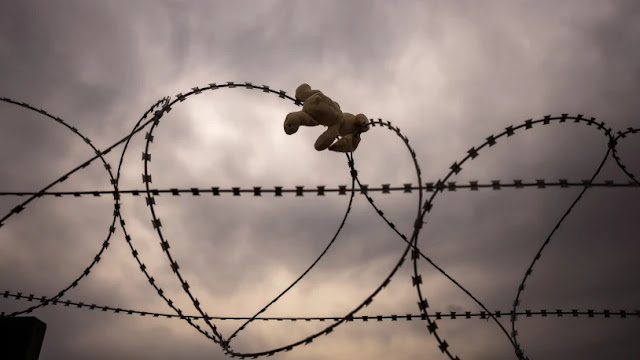 3 Up
1. Peres Jepchirchir & Evans Chebet - I'm always amazed at the accomplishment of marathon runners, especially those that win. The times are still so impressive. Congratulations to both Jepchirchir and Chebet on their victories at the Boston Marathon.
2. Red Wolf Pups - An odd "up" for this week, sure. Regardless, I very much appreciate the story of a rare species on the brink of extinction suddenly finding hope in the birth of four babies in the wild. IT just gives me hope that our world isn't teetering on the brink of the worst.
3. NBA Playoffs - The first few games of the first round of the NBA Playoffs have been tremendous. I truly don't remember the NBA being as wide open as it is this year. Thus far, all of the games have been great hoops.
3 Down
1. Mass Graves in Ukraine - It feels like the world has shifted its focus on the Russia/Ukraine war. Maybe we've become jaded or attempting to distract ourselves from what would be a never-ending emotional drain. However, while I am too guilty of the latter, I could not turn away from the evidence of mass graves in Mariupol, with forensics proving horrific war crimes.
Oh, how I pray for those in Ukraine. What is wrong with our world?!
2. South Africa Mudslides - For more awful news, Durban, South Africa suffered torrential rain, flooding, and mudslides that led to the deaths of over 400 people, and the displacement of 40,000 others.
Again, a crazy, crazy world.
Those Red Wolfs once again feel so inspiring at this point.
3. Desantis vs. Disney - And of course, we get this mess that is Governor Ron Desantis and his beef against Disney. I have no idea what the purpose of all of this is - or even the GOP's latest obsession with taking on Disney - but somehow I feel the people of Florida will end up paying for this act of bravado, or rather, political performance.
Just my thoughts...
Cover Photo
A stuffed animal caught on barbed wire at the Medyka border between Poland and Ukraine.
AP Photo/Emilio Morenatti