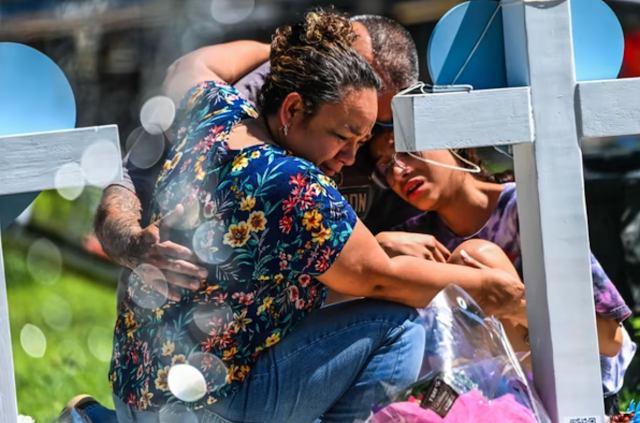 1. Memorial Day Weekend - Often treated as the "unofficial start to summer", with the weather here in the Northeast promptly supporting that, it is indeed a solemn weekend. Let us not forget those who gave their lives for the point in history we currently hold and enjoy. Strength, power, and patience to those families whose weekend felt a little less BBQ-focused or vacation-like.

2. Sky News Reporters - Kudos to those two reporters from Sky News who cut right to it in their interview with Senator Ted Cruz. We need more journalism like that here, stateside.

Also, watching Cruz unable to come up with an answer (his annoyance was in his eyes) said so much about the hold the gun lobby has on our politics.

3. Police Reform Executive Order - On the two-year anniversary of the death of George Floyd, President Biden signed an executive order which would create a national registry for police officers and their history of misconduct. Ultimately a great thing, after all, how was this NOT something before? Such a head scratcher.

1A. Reality for our Children - The story of the child who smeared the blood of a deceased victim onto their face and played dead...that gets me. This isn't and shouldn't be normal for children.

2. Uvalde Police Enforcement Response - As the days continue, everything that was the response to the shooting from local officials is doubtful at best. The idea that the gunman was inside of the school for an hour is beyond reasoning.

Of course, there was also a domestic terrorism bill in response to the Buffalo mass shooting which has already been blocked in the House. SMH - shouldn't these folks represent us?

1. Changing Canadian Gun Laws - In a bold move, Canadian Prime Minister, Justin Trudeau is placing a freeze on all guns in the nation. It's an extreme move, to say the least - especially from the perspective of what we know is possible here in the states. It very much should be interesting to see the results socially, and how it ultimately affects safety.

People mourn at a makeshift memorial outside Uvalde County Courthouse in Uvalde, Texas, on May 26, 2022.