Predictions and Wild Guesses for the 2022-23 NBA Season 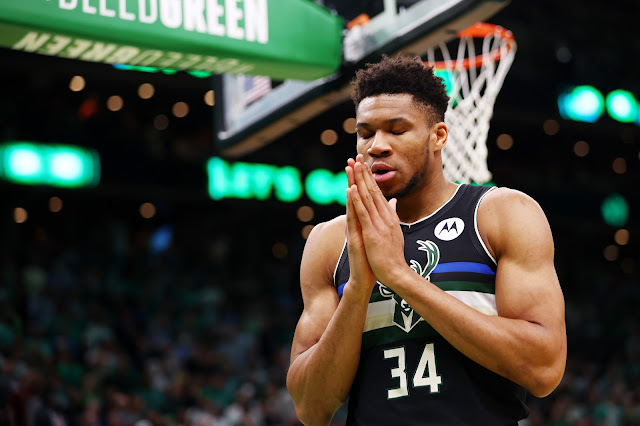 Hoops are back in action and I could not be happier. Sure, my New York Knicks are typically the cause of pain and disgust (as they were last year in missing the playoffs - and even the play-in rounds), but truthfully, I'm not feeling very confident of my New York Yankees in their quest against a VERY good Houston Astros team in the American League Championship Series. So yeah, I'm preparing myself to turn the page from baseball to hoops.

This post provides some therapy, as it always does.

Regardless of the Yankee's outcome this week, I'm feeling fairly confident in my guys in orange and blue, primarily because of the one aspect that has alluded us for years - a reliable point guard! Jalen Brunson is so desperately needed and I'm excited to see what he does as a Knick. I'm also interested in the continued development of RJ Barrett, and of course, seeing yet another chapter of Julius Randle.

I'm also interested in year twenty (!) of LeBron James, Steph Curry doing Curry things, Paolo Banchero, Zion Williamson, The Los Angeles Clippers insanely deep roster, being annoyed at home much I love the Boston Celtics roster, and so much else.

With all of that said, here are my predictions for the upcoming NBA season, with some wild guesses thrown in.

Coach of the Year: Willie Greene

Most Improved Player of the Year: RJ Barrett

Rookie of the Year: Paolo Banchero

Some may say this isn't too crazy, but it's the Knicks, and I'm a Knick fan - this is pretty wild.

The Lakers experiment with Russell Westbrook HAS to end. You have to feel for the guy - at least I do. I don't see this lasting much longer with the Lakers finally moving him somewhere. Russ will once again be in control, and won't exactly be the explosive triple-double machine he once was, but he averages 19, 8, and 8.

I see the Pelicans quickly becoming a talking point in the season before injuries hit their season. They then regroup for a playoff run, just to run into a higher seed they battle within a deep series.

Years after David Stern squashed this, the Suns finally move on from Chris Paul, and yes, Russell Westbrook is part of this deal moving elsewhere in a multi-team deal.

Because, why wouldn't they?!! They're just due for another two decades of success, no? I'm so damaged from my Knicks fandom.