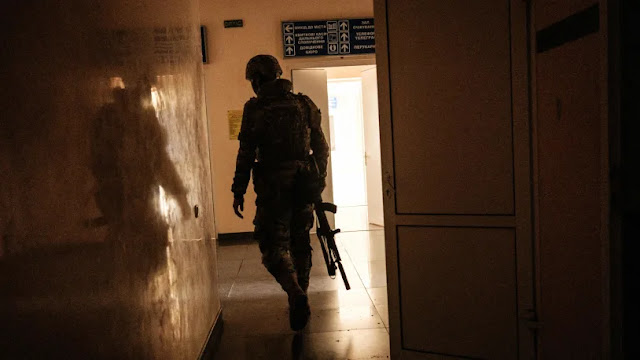 3 Up
1. Marijuana Convicts Pardoned - Sure, President Biden's political history had a lot to do with the fact that plenty of black and brown men was in jail for a substance so many are profiting off of as a legal opportunity. Nonetheless, it's still the right thing to do. Too many lives and families were broken for something many now legally enjoy. Again, just the right thing to do.
2. Emily Sisson - I'm always in awe of marathon runners. Even more, those who smash records. Congratulations to Emily Sisson on setting a record for American women at the Chicago Marathon. 26.2 Miles in 2:04:24. Unbelievable.
3. Nobel Chemistry Prize Winners - Speaking of things that are impressive, bringing home a a Nobel Prize in Chemistry seems to be on that list.
3 Down
1. Systemic Abuse in Women's Soccer - It's pretty unbelievable that women STILL deal with these issues in sports, but we're just not there yet. The year-long report about U.S. Soccer executives and NWSL owners turning a blind eye to years of reports is absolutely disgusting. Shame.
2. Kanye West - The fall of Kanye took saw an acceleration this week with his "White Lives Matter" shirt, then his sketchy appearance on Tucker Carlson, and then, of course, his tweets about the Jewish community.
3. North Korean Missile Launch - Yeah, nothing like receiving a note stating North Korea fired a missile over your country. I can't imagine the fear that must've been present in Japan when that alert went out.
3 Interesting
1. City of Philadelphia's Apology - Acknowledging historical wrongdoings is a big part of dealing with the reckoning of the past. I'm not sure how I missed this story until the writing of this post, but seeing that the city of Philly apologized - APOLOGIZED - for its participation on experiments on black inmates is absolutely fascinating. And by the way, the supposed experiments were from the 1950s to the 1970s. SMH.
2. Herschel Walker - Sorry for the political take, but seriously, how can we take Walker seriously as a candidate? Have we gotten to the point in this divide that we'll overlook credibility for power? Yes, that is rhetorical...
3. NFL Updated Protocol - Are we to believe that the NFL even knows (or cares) what its concussion protocol is? We're updating this in the middle of a season? Yes, call me skeptical.
Cover Photo
A soldier patrols a railway station in Kupiansk Vuzlovyi, Ukraine.YASUYOSHI CHIBA/AFP via Getty Images