A Global World Series? Have a Little Faith in Selig 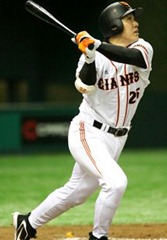 In a story that is sure to rile up baseball traditionalists, and other members of the anti-Bud Selig club, Major League Baseball and Nippon Professional Baseball are working on an agreement to set up a meeting of the two leagues’ champions in a Global World Series.

MLB Commissioner, Bud Selig, who is set to retire in 2012, has made the project a priority, and would like to have it installed before he drifts off into the sunset.

However, once again, with change to the game of baseball and its rules, there is opposition to installing such a sector of the post season which would guarantee a real world champion.

Many are already opposing the idea with various claims of ruining the integrity and tradition of the game. Without details set, and logistics solidified, some are even stating that it extends the baseball season too long, which would then be from February to November, and even longer on years including the World Baseball Classic.

And although baseball fans (some who just agree to be within the majority thinking) believe that Bud Selig has been a terrible commissioner, I believe he has been of the best things to happen to baseball during this generation.

The same traditionalist who are sighing in disbelief and moaning at the idea of a global world series are the same group that cried over the installation of the Wild Card in both leagues, and the expansion of post season play. They are the same collection of people who called the World Baseball Classic a terrible idea. The exact mob thinking that claimed the all-star game should not determine home-field advantage in the World Series. And the ideal know-it-alls that said interleague play would ruin the World Series.

Yet, each and every time, Selig’s changes have proven profitable, and beneficial for the game. Selig has even gone to bat (no pun intended) for the fans in such scenario as battling major networks like FOX to start World Series games at an earlier time, creating the MLB Network, televising the MLB draft, and current talks to place more emphasis on collegiate baseball (Possibly MLB Network).

Fans have seen more champions and teams in the playoffs in MLB than any other American sport. Heck, more teams in MLB have since financed deals for new or for renovating stadiums than any other professional league in the world! Revenue sharing does work! The same fans that cry over the lack of a salary cap are the same fans that do not watch when great World Series like the Anaheim Angels and San Francisco Giants (2002) or the Tampa Bay Rays and Philadelphia Phillies (2008) happen.

Over the past two decades, Selig has incorporated several faucets into Major League Baseball that has modernized the game, and most importantly, served as a catalyst to its growth.

A global world series between the winner of the MLB World Series and the NPB champions would be a great way to crown true world champions of baseball.

Why would players want to play another series?

I doubt if players such as Derek Jeter, Jimmy Rollins, or Albert Pujols had the opportunity to play on such a stage they would decline. Most players are all about being the best, and if playing another round would give them that title, they would be all in. In fact, think about a matchup between this year’s champions – New York Yankees and Yomiuri Giants? The game’s most recognizable team from their respective country. You can’t script that kid of bedlam.

Wouldn’t it diminish the World Series?

No. The World Series will always be MLB’s biggest stage. It will remain that way.

What’s the point of doing this?

As stated before, it advances and globalizes the game. Getting the game on a national stage is as important as ever. As much as Americans tout the dominance of the National Football League, no one cares for the sport beyond our borders. How about the CFL? It's made up of mostly former American players.

This will be a another great way to see international talent while strengthening the World Baseball Classic and the game of baseball worldwide.

Yet, after all of that, I’m sure that there are readers out there, maybe even you reading this, that believe this is still a bad idea. However, I propose a one year trial. A three game series in Hawaii, easily accessible for both parties and a perfect climate for baseball.

After all Selig has done to modernize and globalize the game of baseball, it’s worth a try.