April 16, 2011
On April 11th, 2011, Edge, due to injury, was forced to retire from pro wrestling forever. And as stated in Goodbye, and Thank You, Edge, the announcement of his retirement was bittersweet. Nonetheless, as another wrestler that yours truly has grown with as they became a superstar (in Edge’s case, a Rated R Superstar), the memories will go on forever. From the early days on WWE Saturday Night Shotgun and WWE Velocity to of course, headlining Wrestlemania, there are plenty. As we celebrate the end of a great career for Adam Copeland, here is the Pondering 10 list of my favorite Edge career memories: 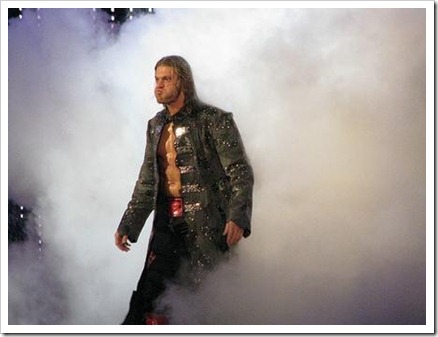 10. Entrance/Theme Music – “You think you know me…”. Edge, even when he tagged with Christian always had entrance music that a. fit their personality, b. made for instant recognition, and c. was simply great. After splitting from Christian and going solo, Edge had Rob Zombie’s “Never Gonna Stop Me” and then one of my absolute favorite songs of “Metalingus” by Alterbridge. I am definitely going to miss hearing Alterbridge blaring through the speakers and Edge coming out through that smoke. 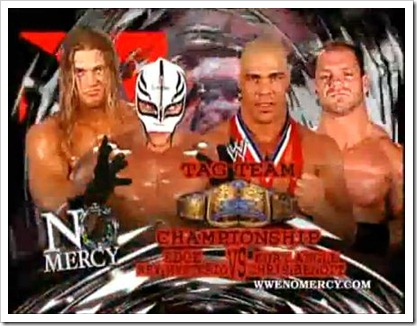 9. WWE No Mercy 2002 - Edge and Rey Mysterio vs. Kurt Angle and Christ Benoit – The finals of a tournament to crown new Tag Team Champions as well as resurrect a dead tag team division was an instant classic. This match was amazing and solidified the ability of Edge to hang with such talents as Mysterio, Angle, and the man we aren’t supposed to mention anymore. 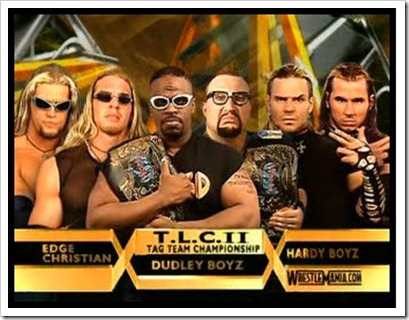 8. Tag Team Dominance – I absolutely love tag team wrestling. An during the late 90’s and early 2000’s, the WWE’s tag team division was amazing. Part of that was due to three teams in the Hardy Boyz, The Dudley Boyz, and of course, Edge and Christian. Edge was part of a wave of a great tag team wrestling that saw some great matches, two of which will be mentioned later in this list. 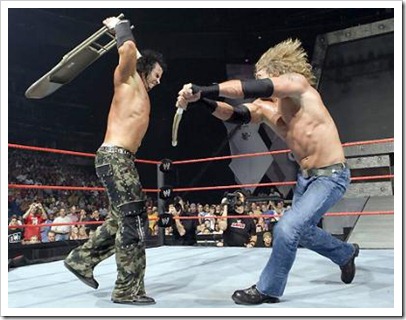 7. Matt Hardy vs. Adam Copeland – The world witnessed real life drama play out on television when Edge fought Matt Hardy on Raw in a No Holds Barred Match. Of course, this was after Matt Hardy was resigned following a fiasco that saw Matt’s longtime girlfriend and WWE superstar, break up the marriage of Edge and his wife. Can’t make this up folks. And definitely not a storyline. In true fashion, McMahon booked the two for Raw, and one of the most physical matches in the history of Raw played out on television. 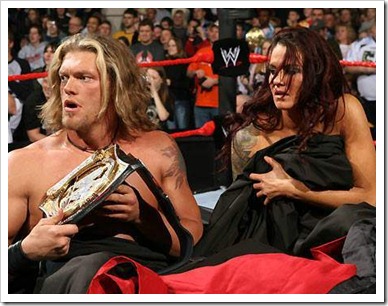 6. Live Sex Celebration on Raw – Ah yes, the highly controversial segment on Raw which of course, became the second highest rated segment of all-time for the show. Of course nothing happened, but the sheer title of the segment drew many fans, and of course, channel surfers, which helped spawn the “Rated R” Superstar. 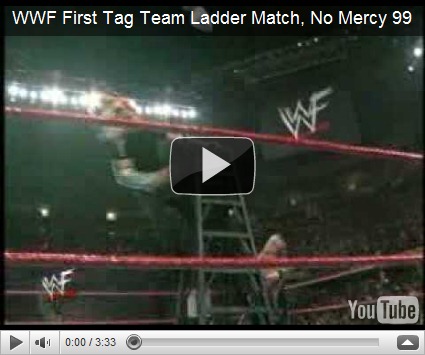 5. WWE No Mercy 1999 – A few years after Razor Ramon and Shawn Michaels made the ladder match famous, the teams of Edge and Christian and the Hardy Boyz took the ladder match to a whole other level. A standard by which ladder matches are now compared, both teams risks life and limb to the point where it helped not only jump start the careers of both teams, but all four men. I will never forget the Gund Arena in Cleveland giving a stand ovation after the completion of the match. 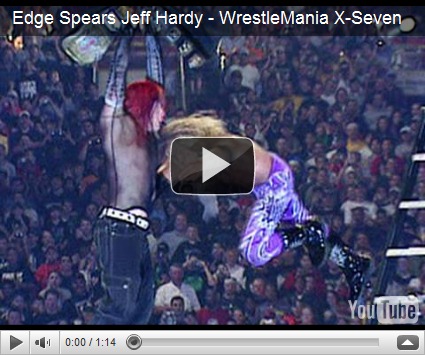 4. Wrestlemania XVII – Tables. Ladders. Chairs. Two. That is what this match was billed as between the Dudleys, The Hardy Boyz, and Edge and Christian. In one of my favorite all time matches at Wrestlemania, all three teams tore down the Astrodome. However, the shining moment came when Edge delivered a spot that will always be talked about in ladder matches for ever (see: video above). 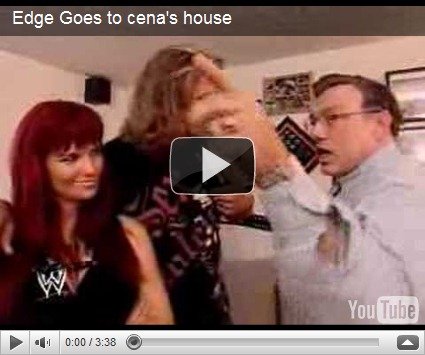 3. Edge vs. John Cena – During a period where Cena was being forced down the throats of pro wrestling fans, the feud between Edge and Cena, which lasted for a few years, was refreshing and very entertaining. And to be honest, at the time, it was some of Edge’s best work in his career. The feud saw great mic work by both men, and even better matches. A feud that helped elevate both men. 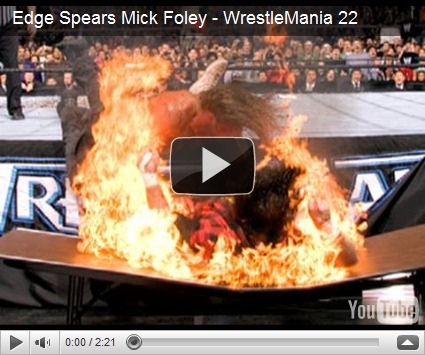 2. Wrestlemania XXII – Mick Foley, the legendary hardcore icon that he is, and one of Edge’s greatest moments in his career. I’ll let the video do the justice. 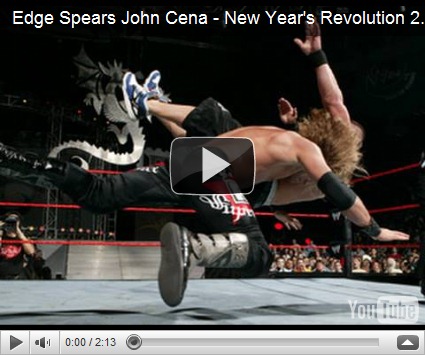 1. Edge Wins WWE Title – At New Year’s Revolution 2006, Edge finally solidified his main event status, and like he said during his retirement speech, “proved Vince right”, that he was capable of being a top guy. Edge cashed in his “Money In the Bank” Briefcase and shocked the world by becoming WWE champion for the first time. Bar none, my favorite Edge moment.