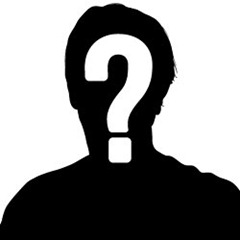 So, with a nice round number as on hundred and fifty days to go, yours truly has sort of gotten on the ball, so to speak, in regards to 9.24.11. With the days coming and going, and several aspects of the day shaping up, I followed up on my vow to begin increasing my participation beyond 30%. And with that said, I’ve begun the process of putting together Team Robo, or “The Squad” as it has slowly become known as. For those of you who haven’t caught on yet, yes, I am referring to my groomsmen.

With Team Robo in tact with it’s core members, consisting of my closest friends throughout my life, and yes, my tag-team partner’s brother, the team has always felt incomplete. Like my last Unity Road Writing post (End of This Road, On The Road), there still seemed to be a void on Team Robo heading into Lethal Lockdown (or War Games for you old school wrestling heads).

Team Robo had a mystery partner.

[Blog side note: No not everything that has to do with the wedding has a wrestling analogy. However, it does make it that much more fun to discuss.]

Over the past few days I’ve noticed that more and more of the hidden skeletons in my closet have seeped out. For example, my tag-team partner (and now all of you) learned of my sister this past week. Well she isn’t completely my sister, but a half-sister, that really feels like a zero-sister, who has rarely, if ever, been a part of my life. So much so that I forget to even mention her to my tag-team partner. It wasn’t that I was hiding her, but as I’ve said in the past, yours truly never, and doesn’t have the quintessential common family.
I’ve always been true to my her, an oddly enough, this little blog here.

However, as these issues are out in the open, I’ve not only become more comfortable with myself and my life, but have gained a shocking amount of confidence in myself. I’ve been able to overcome the shortcomings of the past, and have allowed this wedding to not only be a celebration, and of course Wrestlemania, but a collage of personalities and people that have been in my life. For better or worst.

After all, thus is one of the themes of marriage, right?
I am a firm believer that God places people in your life, in a distinct time in your life, for a specific reason. However, oddly enough, it took me nearly 26 years to realize that hey, God places you in the lives of others just as much. God indeed, uses you. Imagine, that?

With such a thinking, I’ve decided to fill that void on The Squad. I knew it for awhile that Team Robo would add two more members, and my tag-team partner had no clue. Or maybe she did, because she's a detective like that. Darn Law and Order: SVU.

Nonetheless, with one of my brothers in town yesterday, I decided to go ahead and ask him to be in my corner of the cage on 9.24. No expectations on my side, and of course, asked in a way with no pressure on his side.

My brother, who rarely comes home, who I rarely see, and who I’ve never been super close with the way I was with my other brother, was indeed the mystery partner. I planned on asking him. Not because he's my brother and he's “supposed to”, but because, like I learned, God uses you.

And this was a clear opportunity to develop what wasn’t, what didn’t, and isn’t.

A chance to build, connect, and develop. Never to late to do so, right?

So yes, for now, my brother, for those of you wondering, is, and was the mystery partner.

A role I hope transforms us from mystery partners, to brothers.

And Honestly, I planned on adding both my brothers as groomsmen if given the chance.

Now of course, one of my brothers, who I did grow up with, is now estranged from my family, and well, everyone on the face of the earth due to a falling out that was 100% his fault. I have no qualms about saying that. I love the guy, but he is in the wrong.

Yet, if for some odd reason, if you read this, come on down brotha’, there is a spot awaiting you.

Lets leave all the mysteries behind. Life is too short.