Will The Real Person Please Stand Up 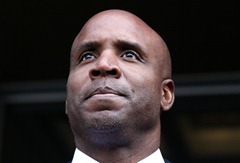 As the Miami Heat prepare the for the NBA Finals, the arguments and debates over the love, or lack thereof, of LeBron James has reached a breaking point. In know, personally, I’ve had debates today over whether the treatment and hate toward James is justified. And as most of you DP devotees are aware of, I am not pro or anti-Lebron, I was disappointed in the way he carried himself through “The Decision”.

Although, “The Decision” provided monetary benefits for the Boys and Girls Club, it was a charitable donation that came with an hour long special of non-stop-LeBron, and constant PSA’s reminding of who provided the benefits. It was a charitable idea that had a huge asterisk attached to it – arrogance.

LeBron meant well. And although I’m sure he had good intentions by “The Decision”, it ultimately created a wave of dislike for him.

Is LeBron James a terrible person? Who knows?

However, there is a man, an athlete, and another common household name that receives more hatred than James can even imagine. This person is no longer an active player. And this player, I’ve somehow been in the pro-camp for as long as I can remember. This person is Barry Lamar Bonds.

There is no need to go into history, revisionist or not, and the proverbial questions of whether Bonds used performance enhancing drugs, or whether he is the true all-time homerun king in baseball. We all know the story of Barry Bonds.

However, as Bonds has removed himself from the baseball world, and we have seen the public vilification subside, Bonds made the news recently with a move that has caused the greatest of Bonds haters take a step back to commend the star-crossed superstar.

Brian Stow, a single parents, and a San Francisco Giants fan, that was viciously beaten at Dodger Stadium because of his fan allegiance, will now have his children’s college education paid for by Barry Bonds.

No press conference. No media release. No pounding of the chest that screams look at me.

A simple offer. One that exuberates generosity.

It is the kind of gesture that Bonds’ haters cringe at, while hesitantly tipping their cap in appreciation. While the Bryan Stow story sheds light on how idiotic (and senseless) fans can be over sport rivalries, it has also shown us how powerful media and societal influence can shape our thoughts on a human being.

Is Barry Bonds a terrible guy? Who knows?

Offering to pay for the full college education of Bryan Stow’s children – well, there is a statement that is legit, and deserves an asterisk of – outstanding.

Sometimes, the person we think we see, isn’t the real person at all. And sometimes, they are.