As Raw went off the air tonight, many pro wrestling fans were left staring at the television with their jaws dropped, their eyes wide open, and a prolonged “oh my gosh” feeling. Upon knowing that CM Punk is set to walk away from renewing his contract with the WWE, he delivered a shoot promo that was probably the greatest of the past five, maybe ten, years. Punk let it all hang out from airing his true feelings about his treatment, and his time with the company. It made for riveting television right before his mic was cut off as Punk was just about to delve into McMahon personally, along with the WWE’s Anti-bullying campaign. Kudos to the WWE for allowing Punk to air as much as he did as well. Anyhow, for those that missed it, or for the diehards that simply want to watch it again, below is the awesome promo by CM Punk. 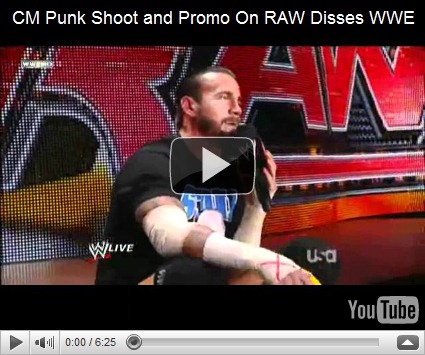