June 12, 2011
The art of the promo is an ability that separates the good professional wrestlers from the ones that are memorable. The promo, is a moment of words, charisma, wit, and emotion all wrapped up to make the viewer that much more interested in the product, while making that specific wrestler a larger than life character. Over the years, pro wrestling has seen it’s share of wrestlers that were downright terrible on the mic. Those are the guys that have no business talking in public. However, the industry has seen guys that whenever a microphone is in front of them, and as Jeff Jarrett says, “the red light goes on”, you just hang on every word that comes out of their mouths.

In the following Pondering 10 list, yours truly will give his All-Time Promo Men Wrestlers. Before I do, just a mention of some of the few that didn’t quite make the cut: Bubba Ray Dudley, Scott Steiner, Arn Anderson, William Regal, Road Warrior Hawk, T.A. Magnum, JBL, Mick Foley, Jeff Jarrett, Goldust, Ted Dibiase, Mr. Anderson, and Dusty Rhodes. Of course there are a few other managers, but we’ll keep this list strictly for in-ring performers. 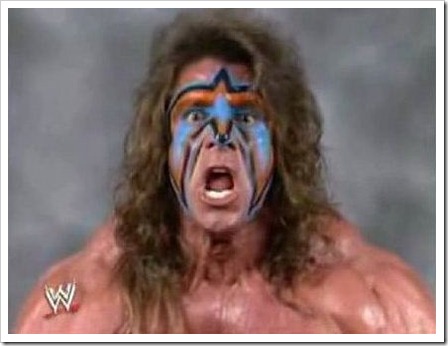 10. Ultimate Warrior – Ok, I know not a great (and can be argued, credible) way to start the list. However, while Warrior said some of the craziest things, and had some of the most pointless promos in the history of television, my argument is this – didn’t we all remember them? Warrior is the the Steven Seagel of promos – so bad, its good. And honestly, anyone calling Hulk Hogan, “Ho Kogan” repeatedly, and once had a promo comparing his match with Hogan to hijacking a spaceship, has to have some type of twisted ability, right? 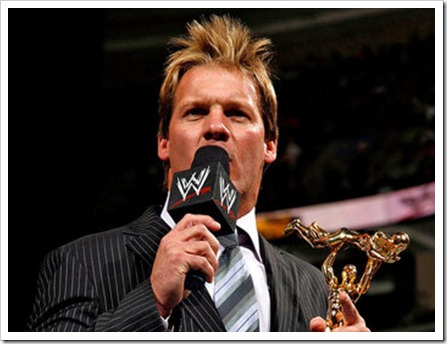 9. Chris Jericho – Anyone remember the promo where he decided to list all 1,004 of his moves? Or how about his debut on Raw interrupting the Rock? Or how about his mic work during his feud with Shawn Michaels? Heel or Face, Jericho always brings the goods. 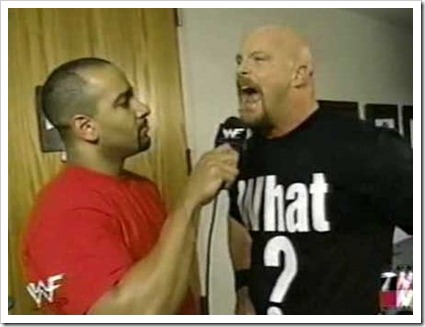 8. Steve Austin – Of course his mic work during his prime years in the late nineties were very entertaining (His use of “What?” is hilarious), but some of his mic work that will often go overlooked are his promos in ECW. His mocking of Hulk Hogan is amazing. And no, ripping Hogan is not a requirement to make this list. But it sure does give you bonus points…brotha! Sorry. 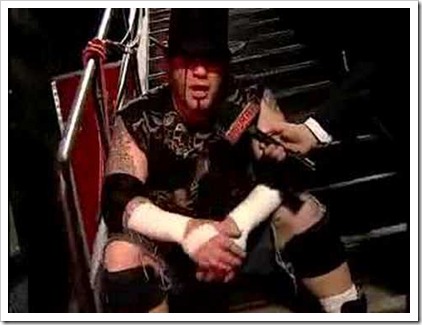 7. Raven – Probably the most clever promos you will ever seen in the history of professional wrestling. Currently Brian Kendrick has the same style, but no one delivered the erie, yet, poetic style that Raven could deliver. A style that was definitely unique. 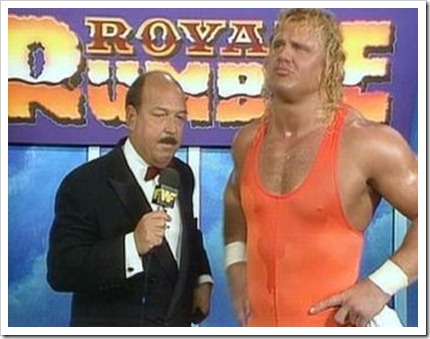 6. Mr. Perfect – Besides his awesome promos of hitting homeruns and knocking down three pointers as the perfect athlete, Curt Hennig’s promo ability was well suited for his Mr. Perfect character. He had an edge about is style that came across very cocky, and arrogant enough to have the fans hate him, without going over the top. 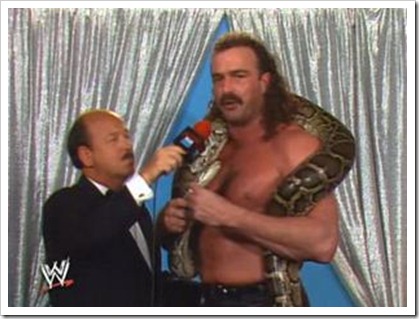 5. Jake “The Snake” Roberts – While Raven brought a style of adding literature and different forms of poetry to the promo, Jake Roberts brought a dark, dreary, and intelligent style that could not be, and probably will never be, matched. Roberts understood the art of the promo, and if not were for his demons derailing his life, would have been a huge asset for any company coaching younger guys coming up in the business. 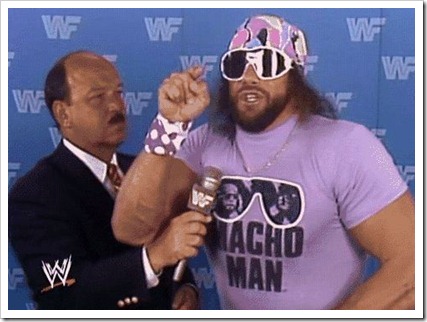 4. Randy Savage – As stated in Remembering The Madness, Savage brought a style that was crazy, chaotic, unique, and downright entertaining. A perfect blend that made Savage as great as he was. 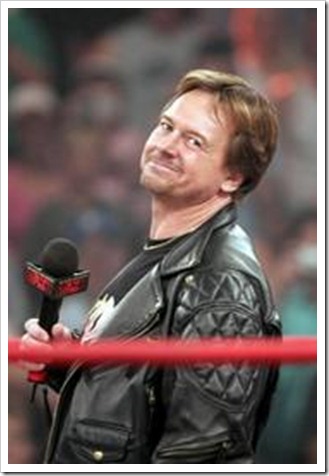 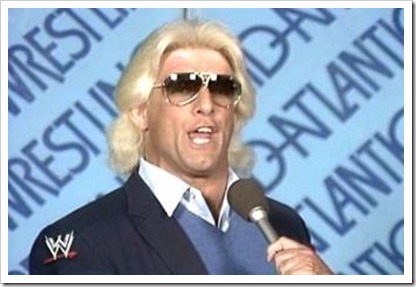 2. Ric Flair – Whoooooo! Flair is a guy that never ever gets old on the mic. His work during his horsemen days are prototypes for many wrestlers coming up today. Flair has the ability to grab the attention of any viewer, fan in attendance, and/or bystander with his ability behind a microphone. 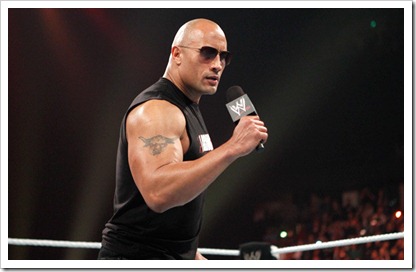 1. The Rock – Wow, what can you say about The Rock? The guys has a several catchphrases that can be finished by every single wrestling fan. Heck, at one point, everyone was talking like the Rock, even the word “smackdown” is now officially a part of the English language! That type of influence is unheard of by a pro wrestler. Even you Ho Kogan! Sorry.
Back to The Rock, once he gets behind a mic, he has the ability to make you laugh, become fired up, or just be flat out entertained. The Rock is the epitome of charisma, and can have any crowd, anywhere, in any building, on the edge of their seat. The Rock is an entertainer, and because of his ability to understand that, he is definitely the best promo guy to ever grace the wrestling industry.