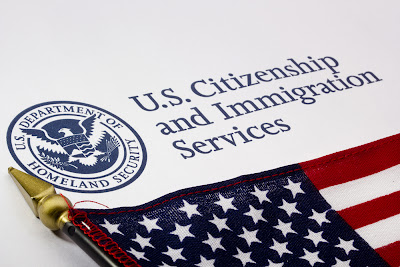 I often find it difficult to take those who are outright against immigration reform seriously. The constant firm stance from those that this nation needs to close it's doors from the world, and should focus on "our own" is one that fires me up. I've seen and heard it several times from political talking heads, opinion contributors on blogs, in various media outlets, and of course on my Twitter feed and Facebook walls from friends and acquaintances.

Many tend to dwell on the negative and blame the government for it's lack of aid towards Americans, and that immigrants need to bide their time into a land as rich, successful, and blessed as ours.

However, at what point does this delusional way of thinking end? The world is smaller than ever, and our economy is globalized.


For some reason we have a generation of Americans who are prone to an entitled way of thinking. Believe it or not, the United States of America is no longer the only options for those looking to give themselves a better life. While I love this country and the opportunities and freedoms it provides, our own ignorance is often our downfall.

It's easy to go the argumentative route of claiming this land was built by immigrants. After all it is, and really, still is.

However, opening up our immigration policies and reforming our laws shouldn't be thought of in fear, but be thought of as a way to expand, enrich, and progressively move our country forward. The U.S. has watched other countries around the world, including England, India, Italy, Switzerland, and Brazil, acquire top talent because of their reformed worked visa opportunities, and their aggressive approach towards immigration.

Everyone is now looking to not only build from within, but improve as well from the outside.

Except us. We're the only country still afraid to do so. We are still looking to keep immigrants illegal, but completely fine with paying them low wages to keep our businesses afloat.

Somehow, we believe that American money should be invested into American blood only. As if that somehow ensures safety of that investment. But look around. Take a look at our national deficit, our economy, our education, and the state of our nation's development in math and science in comparison to the rest of the world.

There are many who are looking to come here, to make a living for themselves, and to contribute to this nation. Heck, there are some immigrants who love this nation more than some who have reaped and taken advantage of it's liberties from birth.

I'm not saying we open the doors to everyone, but a change to our system to allow entrepreneurs, educators, and the future leaders to help our nation compete is needed. And of course, they must do so legally and upon completion of the mandates recently set forth by President Obama's latest immigration bill. Opportunity is what our country is built upon. And the mere fact that we are denying such a vital fabric of our nation's existence is disheartening and disappointing.

Finally, who pays for these potential new Americans is the big, eight-hundred pound gorilla in the room on the topic of immigration. Who picks up the bill on allowing more bodies in our nation, and who pays for the additional education for their children, and other expenses that additional population would have on our economy?

Honestly, it is a strong argument, however not one crippling enough to make the claim for not opening our immigration laws. Because I could make the claim that this nation shells out tons and tons of money for American citizens that pillage our system through welfare and other dishonest avenues that are truly unreturned investments. Or let's call it what it really is, a waste of money.

And of course, we'd go back and forth all day.

I can't guarantee that every immigrant coming here will change this country for the better, as there are some of course coming here with evil intentions. However, this is why policies, protections, and guidelines should be put in place for a clearer, more secure route to citizenship. Maybe include probation tactics, or even a one strike and you are out clause. Or strict agreements that give can allow our government to void any pending process due to any crimes or federal infractions. Anything that is safe and protective, yet still opportunistic.

However, the mere idea of shutting down any type of immigration reform because we are afraid or feel threatened is disgusting, shameful, and in regards to the future of our nation, totally irresponsible.

Personally, I saw it everyday firsthand as a child of two immigrant parents who came to the States, earned their citizenship, bought a house, retired, and have conquered the American dream.

As I once stated in a collegiate debate, immigration reform is not about "us" versus "them". But it's about being firm, being just, and most of all preserving that very American dream we all strive for.