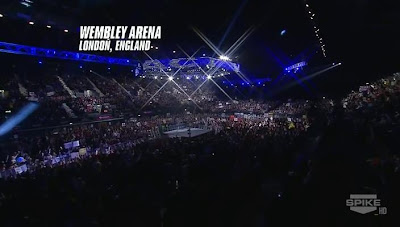 It's amazing how far TNA Wrestling has grown. I've always believed Wrestling has been a big part of my life as I can specifically recall moments and the duration of a wrestler's career in perspective to where I was in life.

As a company now in it's 11th year, it's really exciting to see the company I began watching in 2002 now grow into what it has become, and now take the next big step in taking their flagship program, Impact Wrestling, on the road - permanently.

A different city every week, just like the big boys (well the WWE) do every week.


Obviously, the company is far and away from the mega-machine that is the WWE, however, I've stated it before, but there is something special about following that brand you gave a chance from the beginning. Whether it be wrestling, a band, an athlete, a singer, or an actor, there's a certain validation in being one of the very first fans.

Especially, when fraud-bags are everywhere!

We've all been there, and sometimes when that brand goes public or mainstream, our connection as loyalist is strained a bit by the bandwagoners and fraudbags, we still have that loyalty to see it and follow it through.

The new move for TNA Wrestling is epic. And really, it's a sink or swim move. A huge move that is a major risk publicly  and of course financially. There is no turning back. Or else the company will have a tough time breaking that stigma of the "distant number 2 wrestling promotion".

This is not about competing with the WWE. As any wrestling fan will tell you that is many, many years from now.

This is about the growth of TNA. And the expansion of the wrestling business. And really, the shows on the road come across television with more energy, and in the long run, really allows TNA to support it's growing fanbase by grassroot marketing.

While I'm bummed I never made it to the Impact Zone for a TV taping in Orlando, I am thoroughly excited to see this company I watched on a Wednesday night in 2002 last this long.