Rousey vs. Carmouche - Solidifying The Future of Women's Sports 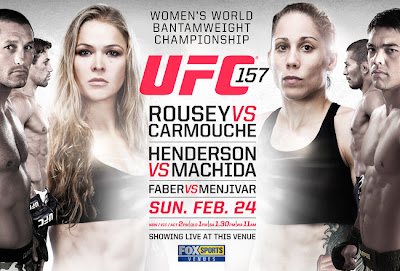 If the name Ronda Roussey wasn't familiar yesterday, it sure is after last night's historic UFC 157 event.

For the first time in UFC history, not only did two women square off inside of the octagon, but headlines a major pay-per-view event. After years of refusing to add a women's division the way other dying or defunct companies have (quite possibly the reason it was never added), Dana White finally decided to do so, and he did so under the banner that is "Rowdy" Ronda Roussey.

It wasn't long ago that women's MMA hit the scene when Strikeforce gave the once two faces of women's MMA, Gina Carano and Christiane "Cyborg" Santos an opportunity (Carano vs. Cyborg Making History). And if you watched that fight, both women definitely delivered. In fact, I thought it was a better fight than Roussey/Carmouche.

However, since then, Santos has been busted for PED use, and Carano, the golden child of women's MMA, has moved on to pursue other projects. Dana White never seemed to buy into the pretty face and kick ass persona of Carano, as it seems she never seemed to fully love MMA.

However, with Roussey and Carmouche, there is no doubt about their love. Both are legit tough women, and both are great building blocks to begin what should be a highly entertaining division. Especially Roussey, who like Carano, is very attractive, has tremendous credentials with Olympic Judo experience, and of course, the signature finisher (yes, it's no longer a pro wrestling concept) in her amazing expertise of the arm bar, the UFC has a huge star in the making.

Both women delivered a fight that drew in casual fans, and also attracted the always missing demographic in MMA - women. With a telecast that touted Roussey, there were moments when Carmouche was going to shock the world and pop the big star bubble of Roussey with a neck crank and possible chokehold before it had a chance to grow. Nonetheless, the finish saw what new viewers were educated to throughout the night, an arm bar finish. All of which was very exciting. 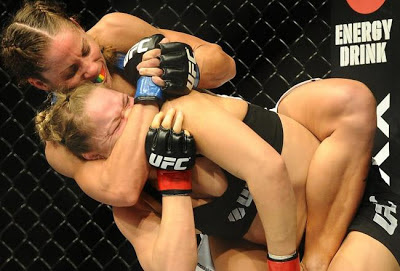 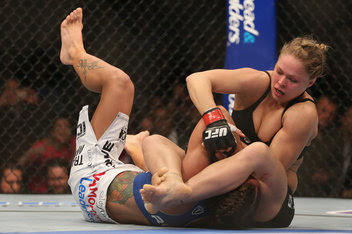 With so many talented women who are simply waiting for the phone call from Dana White, with Marloes Coenen, Ediane Gomes, Sarah Kauffman, Jessica Eve, Jessica Aguilar, and Sheila Gaff coming to mind, women's MMA, and most importantly it's benefit on women sports, has a bright and sustainable future.