February 25, 2013
With the WWE finally moving on from the ridiculousness that was the appearance of the WWE championship (Really, they kept a spinning title for eight years), and of course the unveiling the look of the title, it got the wheels turning on the best looks for championship belts. From pro wrestling, boxing (although, don't expect to see any on this list as they are usually ugly), and mixed martial arts, there are plenty of different models, types, and appearances that come with them. The following Pondering 10 list is my favorite all-time championship belts.

10. TNA X-Division Title - The current version of TNA's X-Division title is an innovative look, and one that pulls of the "X" in the nameplate in a cool manner. Great title that represents the ever evolving division. 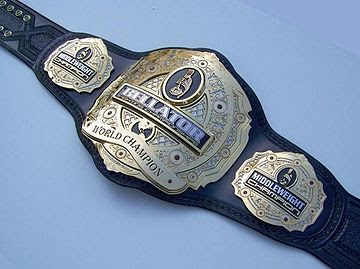 9. Bellator MMA Championship Titles - The number two company in the MMA industry also provides it's champions with some pretty nice hardware to wear. 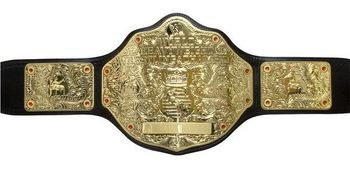 6. WCW United States Championship - Much better than the remade WWE one, unlike the company's remake of the World Title. The title embodies it's purpose in perfect design. 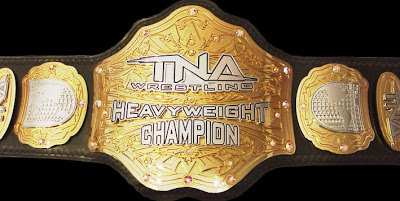 5. TNA World Heavyweight Championship - The second version of the title, this belt, modeled after the awesome UFC titles is a great look.

4. UFC Championship Titles - A huge fan of these title belts, and quite frankly, is probably my favorite today.

3. WWF "Eagle" Championship Belt - A great belt that represented the WWE (then WWF) championship for many, many, years. The eagle is a design that worked well, and was used again in another design. More on that in a bit... 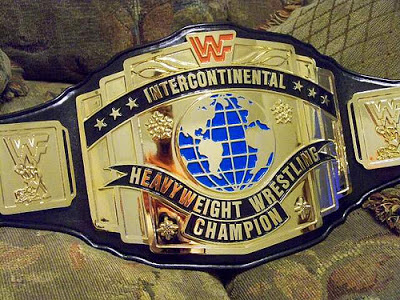 2. WWF/WWE Intercontinental Title - This design was awesome, and it really was a shame when the WWE went away from it. Kudos to them for bringing the design back, albeit with a white leather strap, which isn't quite the best look. 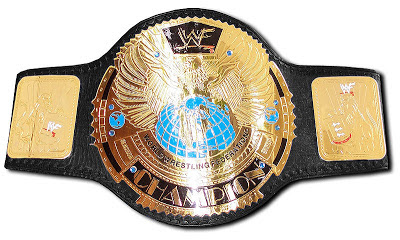 1. WWF Championship (Attitude Era) - This WWF/E championship design took the eagle design to another level. The design was larger, bu as the same time well designed. The face plate also worked with different colored leather straps (especially blue) which we have seen in the past. A very good looking title, and a design that is timeless.