Predictions and Wild Guesses For The 2013 MLB Season 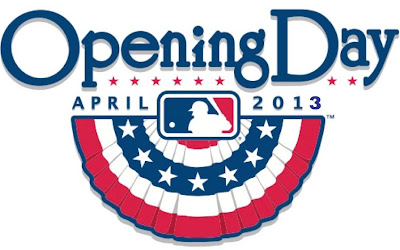 Do you smell that? Smmmmmmfffff! Yup, baseball is in the air again and I am completely thrilled to get the season going. After an awesome WBC (Final Thoughts on the 2013 World Baseball Classic), the 2013 season looks to be just as good. There are so many off-season occurrences and future projections that we all can't wait to see play out.

As for my Yankees, things are finally beginning to look a bit different. We're older, we're inured, and we're much more small ball club than the Bronx bombers. After losing about 100 home runs through free agency, and another 150 through injuries, the team will now rely on pitching, speed, and defense. And as much as all of the experts and analysis are writing off my boys in pinstripes, I truly (honestly, wholeheartedly, and unbiased) believe that the Yankees will NOT be as bad as being reputed.

And finally, this season will mark the end of my favorite athlete of all-time - Mariano Rivera.

With that said, as always, I'm going to try and predict the upcoming 2013 MLB season, and while we're at it, take some wild guesses as well.

C - Joe Mauer
1B - Albert Pujols
2B - Robinson Cano
3B - Adrian Beltre
SS - Derek Jeter *Voted in based on popular voted. Will be hot topic with many other viable candidates.*
OF - Mike Trout
OF - Adam Jones
OF - Josh Hamilton

AL Rookie of the Year:

NL Rookie of the Year:

Alex Rodriguez Games Played - 45: Under. I really don't believe we will see A-Rod this year at all. Just bloggin.

Jose Bautista Home Runs - 40: Under. The wrist looked to really bother him last year. And with more firepower in the offense, he can relax and work his way back in without having to be the big thumper.

Aroldis Chapman Starter - 160 Innings: Under - I see this experiment going the way of Neftali Perez for Texas - a disaster waiting to happen. The arm just won't be able to withstand firing 100mph torque for several innings, every other fifth day.

Marlins Attendance - 1.75 Million: Over. There is a lot of damage done to the fan's trust of Jeff Loaria and the Marlins organization. However, I think they'll squeak pass based on interest in the visiting teams coming to South Beach.

Seattle Runs - 750: Over. With the addition of Morales and Morse, including the Astros to the AL West, the Mariners will have the opportunity to score some extra runs. They should be able to improve and surpass the 750 mark this year.

Strausburg Strikeouts - 285: Over. Hopefully, the training wheels are off and in some ways, the Nationals aren't using the baby bottle to nurse Strausburg's growth. I fully expect the phenom to dominate this year.

Combined Games Played By Carl Crawford and Troy Tulowitki - 200: Under. I think Tulowitzki will return, but Crawford will continue to struggle with injuries out in Los Angeles.

Miguel Cabrera Batting Avg. - 335: Under. As stated above, I predict he'll lead the league in average, but will fall short with .321.

David Wright Walks - 100: Over. I believe the Mets will surprise some people this year, but why would any pitcher give Wright anything to hit?

Total Mets Outfield Homeruns - 25: Under. Sadly, I wouldn't be surprised to see Jason Bay hit 25 homeruns this year for Seattle. If that happens, beware of Mets fans!

Errors for Eduardo Nunez - 12: Over. 2013 will be a break out year for Nunez, but he'll still struggle on the defensive side.

Andy Pettite - 1 more season: Over. Even with his friends retiring, I think Pettitte will give it one more go-around for 2014. Those negotiations should be VERY interesting.