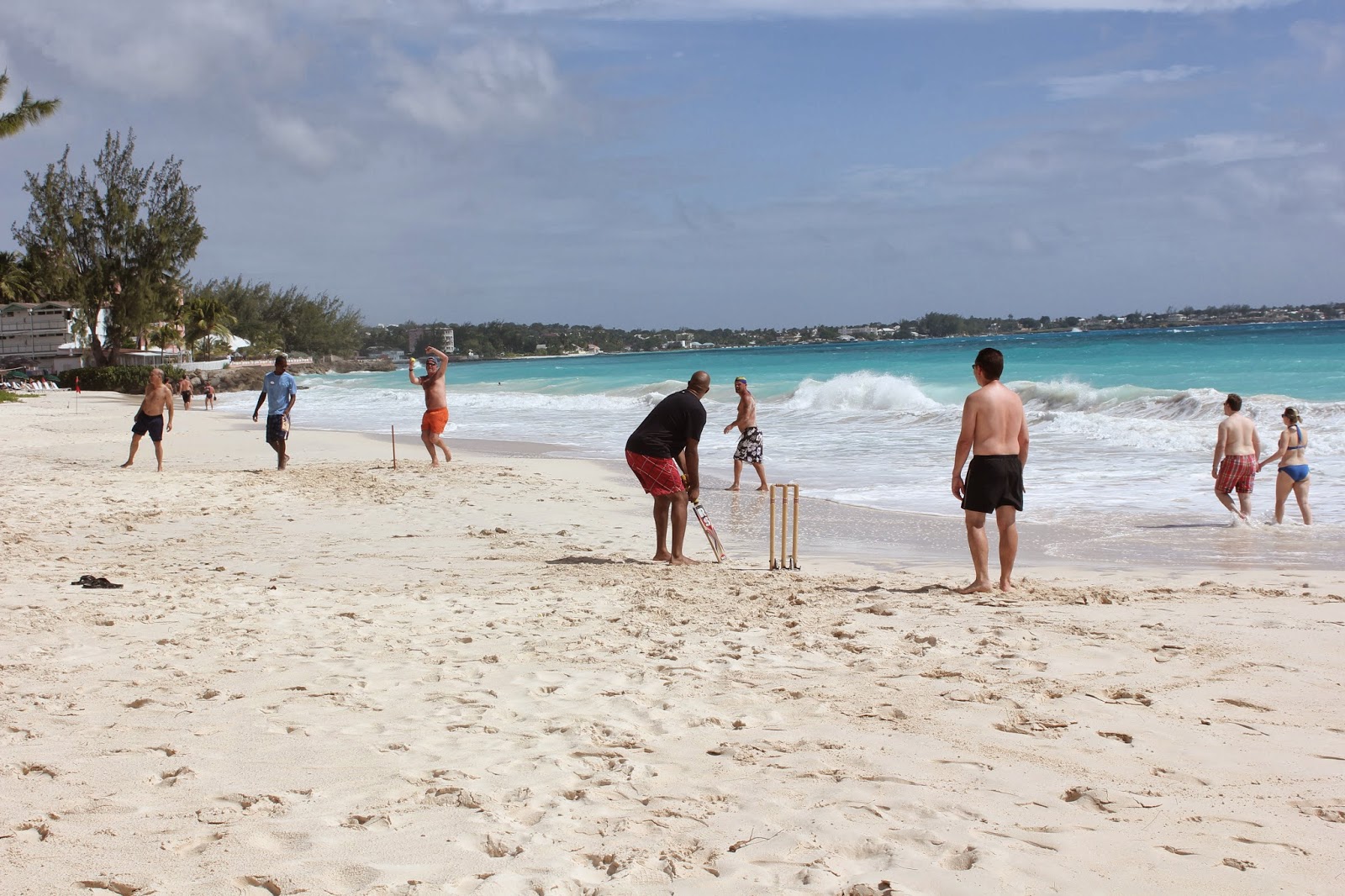 As the son of a cricketer, I have had my share of being around the game. Growing up, I've been exposed to countless tapes and conversations from my father and his friends discussing, debating, and admiring players, you know, the same way I did/would regarding baseball and basketball players. The same way anyone who loves sports would.

Nonetheless, because cricket isn't American, and in typical American-fashion (we all know it's true), if we're not into it, we don't consider it. So to some of my friends who were of American-only descent, the game was weird. It wasn't baseball.

However, I was tremendously fortunate enough to grow up in a culturally diverse neighborhood. I would sometime play with some of the other children or descendants of West Indian/Caribbean families, and of course children of Indian, Pakistani, Sri Lankan, and other creeds where cricket is big. In fact, at one time in my life, many families in the neighborhood would travel to a park here in Brooklyn (Prospect Park) and would play the game on Sundays along with a huge BBQ. At one time, our outings became full fledged games with many on lookers full of intrigue.

Also, (and thankfully for me) I had the opportunity to play and learn the wonderful game of cricket growing up around my father. I practiced with many of his semi-pro teams throughout the years, and I even managed to play in two official games when I turned sixteen. I was able to gain knowledge in the sport, and in some ways, was able to parlay some of the lessons into baseball, and vice verse.


To be honest, I was slightly below average. I was a pretty good fielder. Actually, one of the best at times on the team. I'd play square leg, mid-off, short leg, and deep short leg. That might be foreign language to some, so see here for some incite. As for hitting, I was terrible. Mainly because it's quite impossible to play baseball and keep a refined swing while doing the same thing in cricket. Something had to give, and my cricket swing suffered.

So what is glaringly becoming an obvious period of my life where my visits to the Caribbean stopped along else with everything else that defines my culture, I realized I hadn't played cricket since 2004. As my dad got older, he slowed down on the playing. I also became more engaged with college baseball, and of course now, softball.

So on a beautiful day in Barbados, where a breakout pickup game of cricket occurred on the beach, you best believe I had to be a part of of it. Among a collection of people from all over the world vacationing, varying in experience and exposure to the sport, we tossed some tennis balls, defended the wicket, and made some outs.

Somethings didn't change. In my first two bats, I was bowled out (translation: pitched ball hit the wicket), including one time where I swung about two days early on a guy throwing 23mph. Yes, the ball doesn't bounce so much on the beach, but I was very upset at that. After those two embarrassing efforts, I managed to pick it up a bit.

However, it was bowling (translation: the running pitcher) where I blossomed. I bowled out three people (using baseball grips AND cricket grips - lots of googlys! My father would be so proud), who were pretty experienced players, and made it tough on another guy who never made an out during the duration of the whole game. And this guy, a Brit, acknowledged to me afterwards that he plays cricket year round - outdoor in the summer, and indoor in the winter. So to make it hard on him, I'll take it.

Needless to say, it felt good playing the good game of cricket again. And playing in the islands nonetheless. While I feel cricket still needs an overs-limit to be attractive to Americans along the idea of the World Twenty20, it will remain special to me for the sole reason that it's in my blood as a West Indian child, as the son of a cricketer, and because it's my father's favorite sport.

Yup, it felt good to have played cricket again.