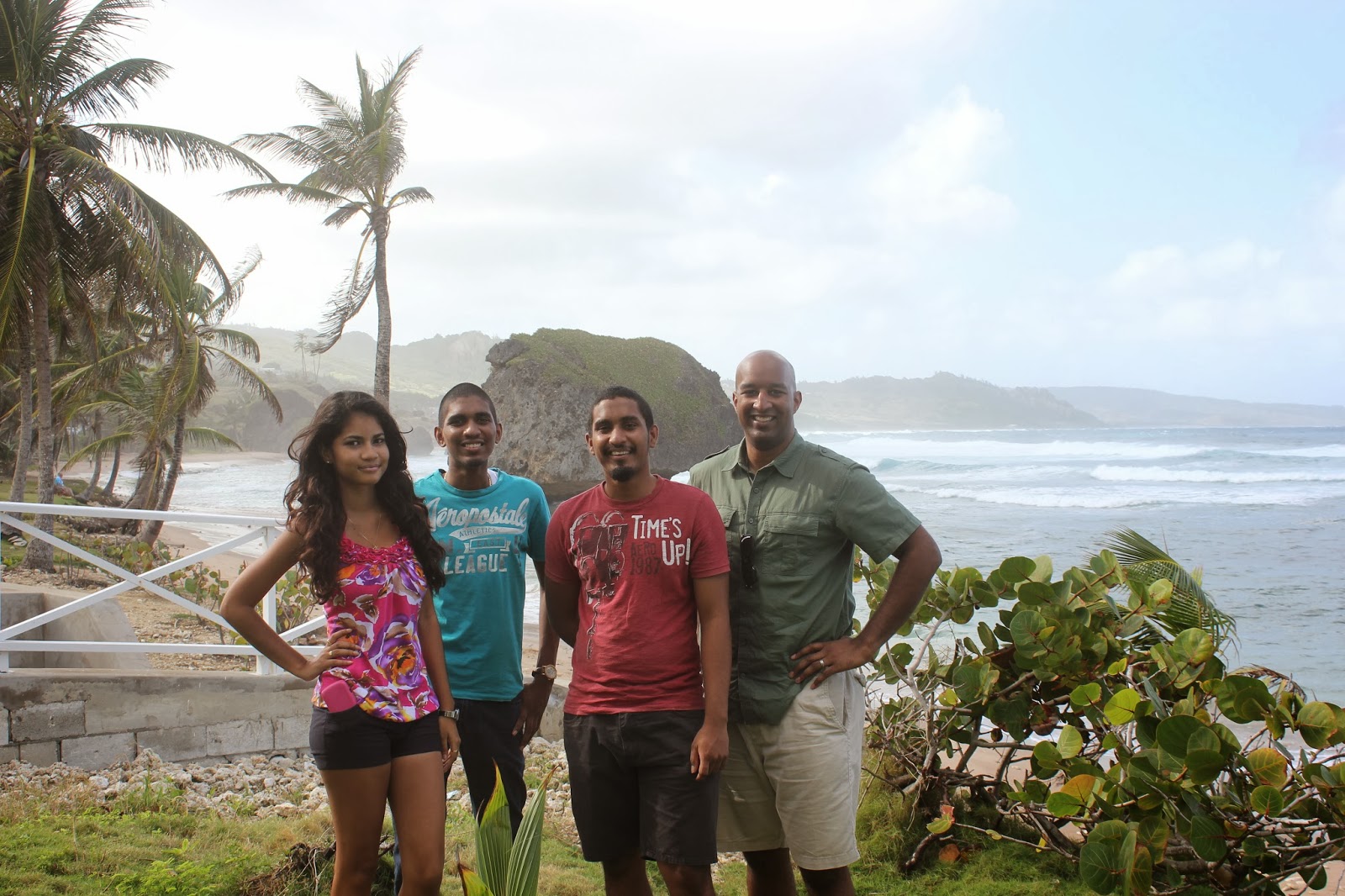 If you've read the "about" section here on the DP, you would know that my family pretty much spans the globe. I have an interesting structure to my family that really isn't seen commonly. Quite frankly, my family is well, weird.

My family's lineage spans several countries which include the United States (by immigration of course), many of the Caribbean islands, Bermuda, the United Kingdom, Canada, Portugal, and India. Yes, I'm West Indi-Vincy-ermuda-nadia-nese-ian-ish, if you were able to spit that out at all. Basically, mutt, is what it boils down to. So as you can imagine, keeping up with the on goings of family members is difficult, and even more so is seeing them.

There are plenty of relatives - cousins, aunts, uncles - whom I've barely seen, some I've actually never met. And because of the distance of these relationships, some are strained, leaving not much connection there to enjoy.

During my younger years, I grew close with a certain set of cousins, my mother's sister's children. Her nephews and nieces. My first cousins. You get the point. I would spend summers down in the island of St. Vincent, and some years, they would come up to the states to enjoy a little bit of Americana.

Among the "close" family I have (literally and figuratively), they were some of them, with others being in Bermuda. Many would say the group of us were very much alike, especially one cousin who would always be compared with me. Often we would hear that we look like brothers, and we have the same personality.

We met one last time in 2003, right before I left for college, and little did we know, it would be the last time we would be together for ten years. A whole decade. People aren't even the same in person after five years, so simply double that and imagine the change in all of us that has occurred.

I left for college. Then returned home. Of course, they left St. Vincent for the University of West Indies in Barbados. Then shortly after, the youngest cousin, she started college as well. And of course, the rigors, and ebb and flow of life continued as we each began our respective careers.

As the tag team partner and I planned our vacation for 2013, Barbados topped the list for the sole benefactor of having my family on the island. They'll get to show us around so we could enjoy West Indian life like the locals instead of resort hobbits. I'd get to see them again, and of course, she would get to meet them as well.

After all, because of college, money, and distance, a good chunk of my family wasn't able to attend our wedding. To them as I've been told, my wife "seemed like fun from the pictures on Facebook!". And that pretty much exemplifies how we keep up with one another. All of us. Worldwide. As much I dislike the social media medium of Facebook for it's ridiculous grandstanding of people looking for attention, I could honestly say Facebook has reconnected me with tons of family. Thank you Mark Zuckenberg.

Although, despite the modern definition of "re-connecting" being as easy as sending a "friend request", I was really excited about seeing them. About meeting them. About catching up. About reigniting that fun we always had. All, possibly even more so than vacationing. And our meetings didn't disappoint. They picked us up at our hotel and we took a drive all over the country over the weekend. I even got to meet one of my cousin's husbands and her two kids - my NEW cousins! As if I didn't have trouble keeping up with the ones I already had.

And then right before we left to head back here to the states, we took in the night life of Barbados. Hanging, talking, joking, and shooting the breeze like ten years never even split our encounters. We sat there at a bar enjoying adult beverages at the ages of 28, 25, 24, and 19 (The 27 year old was home with the kids). Very weird, but so much fun.

And of course, they absolutely love the tag team partner - always a plus.

With a family like mine, catching up and reconnecting are vital. It's a simple custom many who see their family very often take for granted.

Any chance I get, I'll take it.

Here is to hoping it won't be another ten years again.