Predictions and Wild Guesses For The 2014 MLB Season 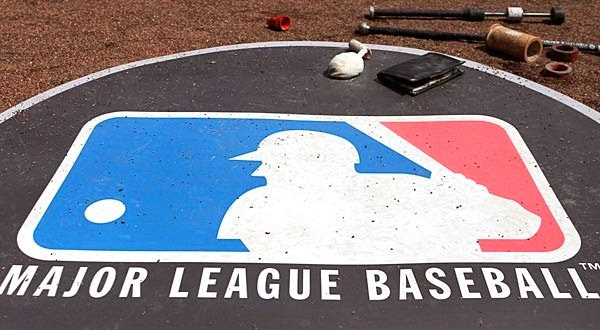 Soooo...baseball is underway again. And to be honest, I couldn't be any happier to see it return. With new faces in new places, tons of young talented pitching throughout the league, a retiring legend, and possibly another once-in-a-lifetime talent emerging, it's really hard not to be excited. Especially, when the league has tremendous parity (where are those people who cried that the game needed a salary cap?)

Nonetheless, with a few games already completed in this long journey to October, I figured I would throw out some predictions for the 2014 MLB season, and while we are at it, flaunt some wild guesses in there as well. Of course, all in the name of fun.

All-Star Game MVP: Derek Jeter (Kind of hard not to go with the legend retiring, right?)

90 - Wins for the New York Mets - Under. No idea why Sandy Alderson set the bar so high.

70 - Stolen Bases for Billy Hamilton - Under. I don't think he will crack 70 in his first year. Once he learns to hit, and truly refines his ability, 70 might be easy year-in, and year-out.

45 - Home Runs for Chris Davis - Over. There is a reason hes earned the nickname, "Crush" Davis. Camden Yards will definitely help as well.

100 - Games Played for Matt Kemp - Under. Unfortunately, Kemp just can't stay healthy. It's a shame, especially as one of the game's must talented players.

35 - Home Runs for Josh Hamilton - Over. Call me crazy, but I think the Angels lineup finally puts it together with Pujols and Hamilton now healthy.

85 - Wins for the Kansas City Royals - Over. We've heard for a couple of years now that the Royals have been coming. I'll go with they make a push, running out of steam in August.

+$240M - Payroll for Los Angeles Dodgers at end of season (Currently $235M) - Over. They'll acquire someone else in July. Are they now the evil-er empire?

.285 - Derek Jeter's average for the 2014 Season - Under. I hate to say it. I hate to bet against the captain. History has proven otherwise. But father time is undefeated. That's a foe even The Captain may not be able to conquer.

3 - Number of major headlines regarding Alex Rodriguez - Over. A-Rod doesn't know how to stay out of trouble. Really, he just doesn't understand how.

2.5 - Million in attendance at Citi Field this year - Under. I don't think the Mets season will be that bad. It's just tough when there are goals of 90+ wins and a fan base that is very unhappy.

4 - Number of times Yasiel Puig throws out a runner going 1st to third - Over. They'll be a few to test him and I can't wait to watch the highlights.

First Cycle Ht By: Dexter Fowler (The Home Run being an inside-the-park job as the ball rolls up that gimmicky hill at Minute Maid)